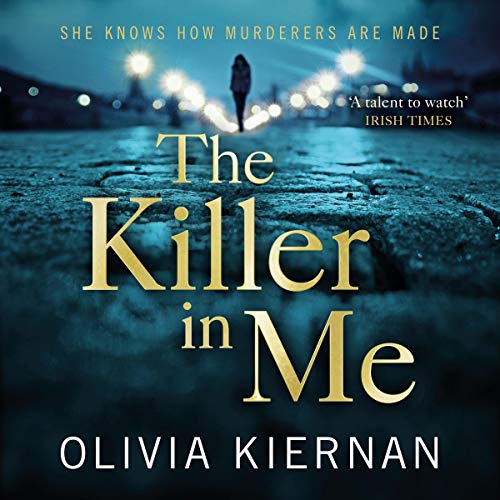 The Killer in Me

By: Olivia Kiernan
Narrated by: Shelley Atkinson
Try for $0.00

Detective Chief Superintendent Frankie Sheehan does not wish to linger on the grisly scene before her eyes. Two mutilated corpses. In a church. In Clontarf. Her profiling background screams one fact: this is just the beginning of a sickening message.

Meanwhile, a 17-year-old case is playing out on a TV documentary, the convicted professing his innocence and historical police errors being exposed daily in the media. Frankie's superior, commissioner Donna Hegarty, makes no bones about who she expects to clean things up - both in terms of past mishandlings and the present murders. But not everyone working the cases wants the truth to come out. And the corridors of power have their own vested interest.

Soon Frankie pinpoints just what is making her so nervous: the fact that anyone could be the next victim when justice is the killer.

The Killer In Me is a fast-paced thriller in which lies are safer that the truth, the past is never far from the present, and the ability to kill could well, it seems, live in everyone.

What listeners say about The Killer in Me

A Real page turner of twists

Gripping read with very interesting twists in the plot. It feels like its happening locally & great ending

I loved this so much

Loved this book and couldn’t stop listening... I felt I was a part of it all as it was so well written and descriptive but not forced. Readers/listeners aren’t spoon fed or forced into thinking. I was always changing my mind and guessing! I felt like I knew each character and I love Frankie Sheehan. This was so easy to get lost in, the writing is beautiful and natural, the story is brilliant and unpredictable! I loved, loved, LOVED it!!!

This is happening more and more on audible and its beyond frustrating.
This books timeline runs prior to book 1, I'm moving on to book 3 and I will update where that should be in reading/listening order.

That aside, this is another cracker of a book. The characters are believable and relatable (well apart from the killers!). I have to applaud the author for such a strong and gripping story with so many tentacles of plot line leading to a migraine inducing conclusion. Everything comes together, its confusing but I got there in the end. This is not a criticism, there are so many characters involved with their own part in the story, that it's not until the end when it's all woven together like Spaggeti Junction, that you can appreciate the complexity of it all.

This is a full on 5 star review. The change in narrator is also to be commended a massive improvement on the previous one. Xx

This is writing at the highest level of the genre., with a challenging plot and very well drawn characters.
I want to read more about DCI Frankie Sheehan and her soft Dublin days.