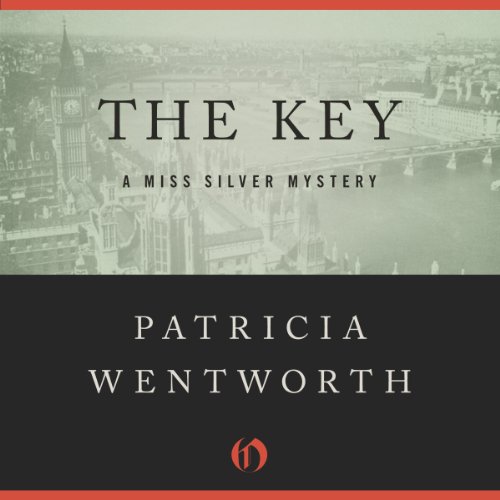 By: Patricia Wentworth
Narrated by: Diana Bishop
Try for $0.00

The murder of a government scientist demands the attention of Miss Silver.

Michael Harsch’s life has never been easy. A German Jew, he fled his country when Hitler came to power, escaping the concentration camps by the skin of his teeth. His wife and daughter were not so lucky, and he vowed revenge on the Fuhrer through science. He set to work on a marvelous new explosive that, in the hands of the British army, could silence the German guns forever. But on the eve of his great triumph, the scientist is struck down.

The government asks Miss Silver, the dowdy detective, to help solve the murder and recover the valuable explosive. Was Harsch killed by a half-mad opponent to the war effort, or was it one of Hitler’s undercover agents who pulled the trigger?

What listeners say about The Key

Although I guessed the murderer it was more by luck than judgement. A great read.

elegantly written and elegantly performed. Patricia Wentworth and Diana Bishop are masters of their respective arts.

You are in for a Treat

If you have not yet read the Miss Silver mysteries you are in for such a nice treat. Start with this one. The audible versions unabridged and read by Diana Bishop are just my absolute favourites