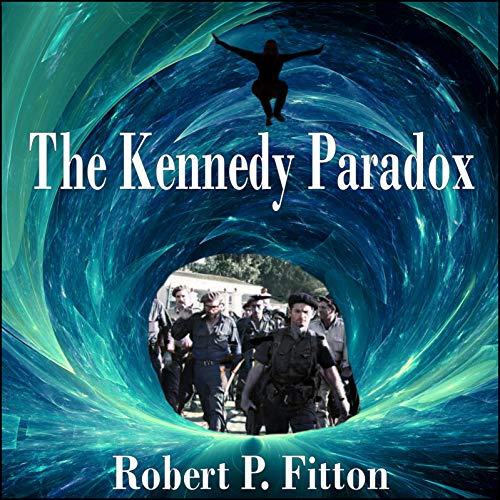 An updated version of 1961 by Robert P. Fitton - with CIA names and enhanced audio.

In 1986, led by terrorist Carlos Sánchez, nuclear devices are planted in American cities. As New York and other cities are swallowed up in fireballs, Patch Kincaid is sent back in time to prevent the destruction. He lands in 1961, where he chases Sánchez into the Bay of Pigs Invasion. Captured by Castro, Patch and his mentor Meinkewitz chase Carlos Sánchez into rural Cuba.

What listeners say about The Kennedy Paradox