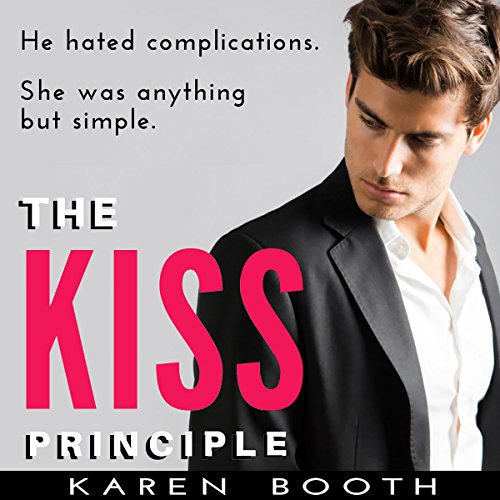 By: Karen Booth
Narrated by: Noah Michael Levine
Length: 3 hrs and 57 mins
Categories: Romance, Contemporary
4 out of 5 stars 4.2 (38 ratings)
This title is included in Audible Escape

Cooper Hale lives by the KISS Principle - Keep It Simple, Stupid. It's made his software start-up a huge success, and it's worked for his sex life so far...until his neighbor Allie gets under his skin and he manages to get her into his bed. Confident, sexy Allie knows what she wants, and being around her makes every testosterone-driven part of him want to make things very complicated.

With an ad agency to run, Allie Flynn has had her quota of complications, but she wasn't banking on her apartment building's resident hottie, Cooper Hale, kissing her in the kitchen, taking off her clothes, and setting every inch of her body on fire. He's everything she wants - driven, whip-smart, and hot as hell...but he's still in his 20s. Her brain says a guy like Cooper would never stick around. It's her body - and her heart - that are going to need convincing.