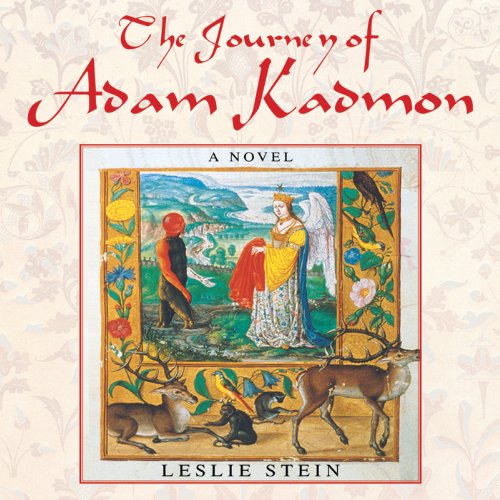 The Journey of Adam Kadmon

By: Leslie Stein
Narrated by: Dolph Amick
Try for $0.00

Roaming India in 1939 and the early 1940s, two flawed but extraordinary men latch onto each other with shocking consequences as each follows an ill-fated quest for “enlightenment.”

Moses, a Polish Jew, is fleeing both the Nazis and his own failed marriage; Sahadeva, an itinerant Hindu monk, is trying to resolve his crisis of religious belief. Both men find themselves embroiled in hardship, shame, and chaos, stumbling into scandal and ultimately tragedy. As they clutch obsessively to observance and mysticism - Moses to ancient texts of Jewish symbolism and prophesy, Sahadeva to Hindu rituals—they must confront the ultimate question of whether they are really seeking or merely hiding, and whether they can ever end the cycle of trouble they seem to bring upon themselves. To answer these questions they look first to each other, but must finally face their own shortcomings and fears and stare into the face of “Adam Kadmon,” the name the Kabbalah gives to the original soul from which all men are descended. Will they ever be able to honestly see the damage they have caused and seek forgiveness—or will they continue running from themselves?

What listeners say about The Journey of Adam Kadmon

a dynamic book of blind ends

Certainly, a dynamic and absorbing book. What I miss is a single act of kindness or a single positive character that is not thwarted or wind up dead or mangled. Does it have to be so negative and gruesome? I admired the other book by Leslie Stein on the Jung's formula for "Becoming Whole" but here even Jung appears in a rather unappealing light. Is it meant to be some combination of Kafka and Jung? Or did the author consider that one more chapter with resolutions and keys would already make it pedestrian? I wouldn't share that apprehension. Obviously, Ms. Leslie Stein must have not been able to find a likable experience in her travel(s) to India, but there is hardly anything, anyone or anywhere inspiring in the book's descriptions. I expected a more cathartic denouement in a text by a notable and learned Jungian scholar. Perhaps, I could benefit to see some Jungian decipherment here and would be glad to improve my opinion (and mark).