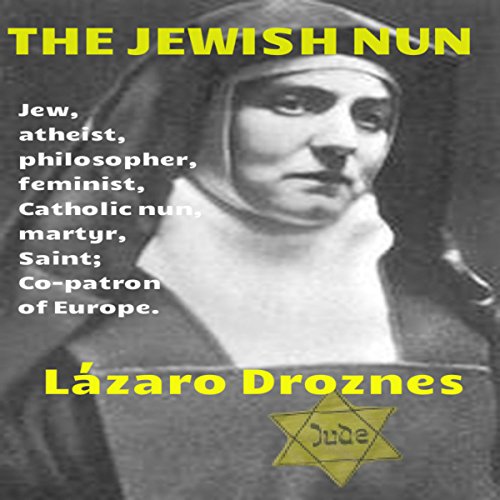 This fictional drama depicts the story of Edith Stein in her terrible arc of life that summarizes the essential features of the biggest tragedy of the 20th century: the Nazism.

Edith Stein was a German Jewish philosopher who converted to Catholicism, became a Carmelite nun, was sent to Auschwitz in retaliation for the protests of the Dutch clergy regarding the treatment of the Jews, was murdered, and later canonized by the Catholic Church and finally declared Saint and co-patroness of Europe.

In this fiction, a former University classmate, now colonel of the SS, meets Edith Stein in Auschwitz to persuade her to contribute to the doctrinal development of a new religion that would be functional to the Nazi regime. The story presents the development of the conflict between two world views that are absolutely irreconcilable.

What listeners say about The Jewish Nun

It's not a book. It's narrated like a play. I thought it was her life's story.

The narrator hasn’t a clue- pronounces the German word “Jude” as if it were like the Jude in Hey Jude or “Jude the Obscure”! The discussion is hardly intelligent or even vaguely interesting or worthy of a highly educated woman like Edith Stein. I was disappointed, as I thought the idea was original. Short though it is, I couldn’t finish it!