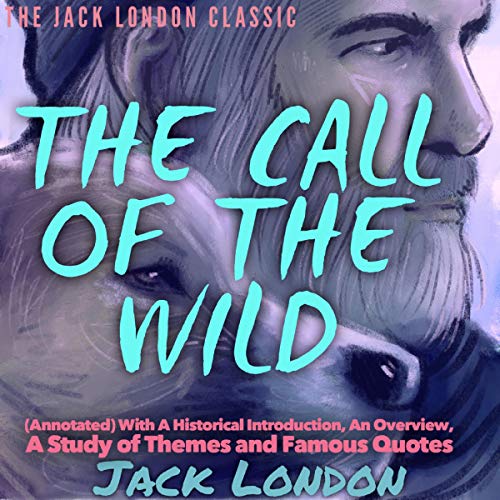 The Jack London Classic: The Call of the Wild: (Annotated)

By: Jack London
Narrated by: Drew Kallen-Keck
Try for $0.00

Unique to this title:

Jack London was born in San Francisco in 1876, as John Griffith Chaney. He was an illegitimate child of Flora Wellman and William Chaney. When Chaney refused to marry Flora Wellman, she tried to kill herself. She survived, but refused to take care of the baby. So, London was raised by an African-American woman and a former slave. His mother later married a man named John London, and that is probably how his surname changed to London.

In The Call of the Wild, Buck is a big-hearted dog whose blissful domestic life gets turned upside down when he is suddenly uprooted from his California home and transplanted to the exotic wilds of the Alaskan Yukon in the 1890s. As the newest rookie on a mail-delivery dog sled team, Buck experiences the adventure of a lifetime as he ultimately finds his true place in the world.

What listeners say about The Jack London Classic: The Call of the Wild: (Annotated)

The Story of Buck, a Dog of the Gold Rush

I loved this American classic. Jack London's insightful story of a dog, stolen from a comfortable life as a farm dog and companion to a wealthy judge and taken north to work as a sled dog during the gold rush is as much a story about the people and the spirit of the people of the Klondike as it is about a stolen dog. I love his portrayal of the courage, loyalty and unfailing strength of the great beast as well as the recognition that under the right circumstances, every dog will, at some point, answer the Call of the Wild.
This reading of the book Drew Kallen-Keck will keep you mesmerized as Buck battles raging streams, faces countless human and animal foes and pulls his sled to the point of exhaustion.
I loved this story and am sure I will return to it again and again.

This is the not the first time I’ve read/listened to this book. This version done by Audiobook Giveaways is a nice compilation. I enjoy the introduction and information given at the beginning of all of their books. I think it really adds to the overall audiobook. For people who have never listen to a particular book I would recommend listening to the overview last if you do not wish any spoilers. The overview is exactly that, a complete summary/overview of the book. Personally I really like having it. This is the twentieth book I have listen to from them. All of them have been classics.——-
This is the fifth book I have listened to by this narrator ( Drew Kallen-Keck ) and I would listen to another. There were some editing errors but not really disruptive. His style does not let me forget I am being read to, however, it is still an enjoyable listen. Generally, I increase the speed of books to at least 1.5x but I found with his I did not need to go quite as high. ——
I was given this free review copy audiobook at my request and voluntarily left this unbiased review. ——-
Please feel free to comment on whether you found my review helpful.

I love how this story comes alive with the narrator's retelling of the story! I am so happy that I was able to hear it retold so well.

I love this story. It is a story of survival. After listening to this book I can see many parallels with people who have been through many types of adversity and survived, eventually finding their true self and being able to live a life of great satisfaction. The reading of this book was well done and it is well worth listening to even for those who have read the book.

Enjoyed listening to this book, really was great escape into this book in this awful pandemic