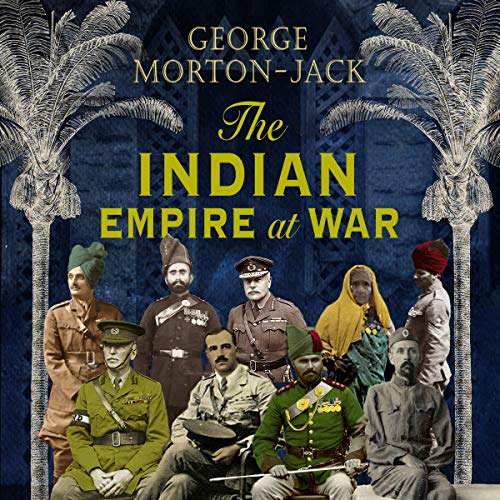 The Indian Empire At War

By: George Morton-Jack
Narrated by: Roger Davis
Try for $0.00

A brilliantly original history of the First World War, retracing the footsteps of the Indian army's 1.5 million men who, in 1914-18, served about the globe from Europe to Africa, Asia and the Indian Ocean.

After years of neglect, The Indian Empire at War raises the curtain on the Indian soldiers' personal experiences fighting for the Allies against the Central Powers and returning home to play their part in the Indian Independence movement.

What listeners say about The Indian Empire At War

This is a wonderfully written overview of this piece of history. I learned more that I might have imagined about this subject and an equally impressed at and appalled by the experiences of these men (and o think it was exclusively men who were allowed to serve). The scope of coverage is such that it encourages greater discovery being the detail possible in this book. The prose is clear, informative and entertaining. Well done... this feels like a unique collection of information, presented sensitively and respectfully.

My single criticism is in the choice of reader of the audible version. Roger Davis appears to have made less than zero effort in learning how to pronounce any non-European words or names. He comes across, therefore, much as one of the colonial sahibs would have done. My irritation at his ham-fisted pronunciations grew and grew. It is testimony to the excellence of the writing that I decided to dissociate the book from the reader, but it wasn’t easy.