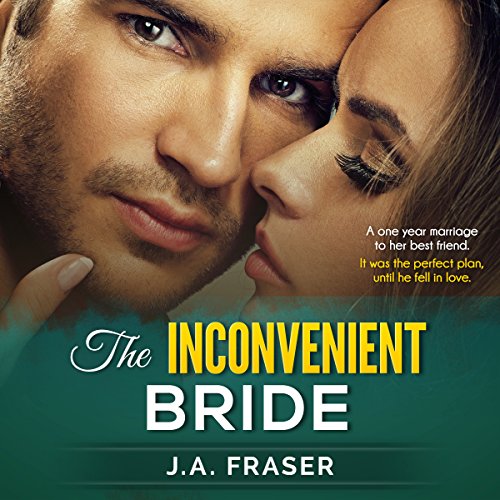 A one-year marriage to her best friend. It was the perfect plan, until he fell in love.

To receive the key to the McCray Empire, 29-year-old, hot and single multi-millionaire developer Dylan McCray must find a bride before his 30th birthday or risk losing everything. Out of options and determined to stay attachment free, he forges an improbable arrangement with his best friend of nearly 20 years, Carrie Heights. It's the perfect "no strings" marriage. Or, so he thinks.

For 29-year-old school teacher Carrie Heights, the only man that could ever scratch her sexual itch is her best friend, Dylan. The problem is, he doesn't have a clue that she's been secretly yearning for his intimate touch since she was a teen. When Dylan begs her to play the part of his bride for a year, Carrie reluctantly agrees, but not before forcing him to agree to her own set of "secret" terms and conditions that she adamantly refuses to announce until their wedding night.

What listeners say about The Inconvenient Bride

A twist in the tale

What made the experience of listening to The Inconvenient Bride the most enjoyable?

The word play, you have people who know each other, with one knowingly in love with someone they have know for a long time. A modern Shakespeare story, with the fun and chaos that follows real life

What was one of the most memorable moments of The Inconvenient Bride?

Not one but several from the beginning to end we have moments of love, laughter and self realization

The realization, its always hard to do this well but the author and narrator do the job well of writing and speaking it

A modern tale of love

great reader. Paige Turner's voice alone is worth the money. but the writing and the story are terrible. unbelievable. cliched. dull. but that voice, tho!