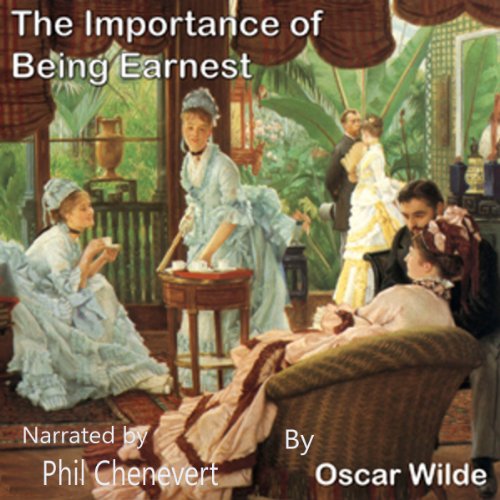 The Importance of Being Ernest

By: Oscar Wilde
Narrated by: Phil Cheneveret
Try for $0.00

The Importance of Being Earnest is a classic comedy of manners in which two flippant young men, in order to impress their respected beloveds, pretend that their names are "Ernest", which both young ladies believe confers magical qualities on the possessor. It was first performed for the public on February 14, 1895, at the St. James’ Theatre in London, and is regarded by many critics and scholars as being the wittiest play in the English language.

What listeners say about The Importance of Being Ernest

It was a person reading the script to a play in monotone from what I heard! He announced the character and then said the lines. Not enjoyable at all and this is a good story line ...I hope I find another version .

The play was red in a strong American accent - I truly English play! The voice was monosyllabic the worst book I have ever bought