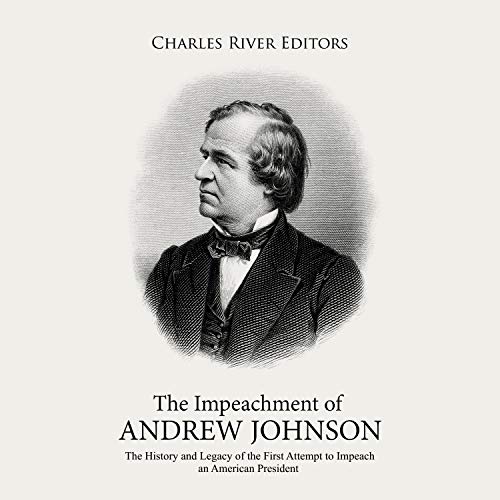 The Impeachment of Andrew Johnson

As the Civil War was finally coming to an end in early 1865, reconstructing the divided nation was now top priority for President Abraham Lincoln and Republicans in Congress, and they were already well underway in their work. The 13th, 14th, and 15th Amendments to the Constitution were being discussed, and the 13th had already been passed by the House and sent on its way for ratification from the states.

In Lincoln's mind, since the South had never legally seceded, forgiveness was to be his top priority. He wanted to allow states to be readmitted to the Union after only 10 percent of its citizens swore an oath of loyalty to the United States, an idea known as the 10 Percent Plan. However, Congress, now run by the so-called “Radical Republicans”, disagreed, and as early as the summer of 1864, Congress passed the Wade-Davis Bill, which required 50 percent of rebel states to swear an oath, not 10 percent. Lincoln vetoed the bill.

Lincoln envisioned a relatively short-lived Reconstruction process in which the former Confederate states would draft constitutions and rejoin the Union, and he thought the country could effectively continue operating much as it had before the war. Lincoln's vision, however, would remain just a dream, because his life, and thus his role in Reconstruction, was cut short just days after Lee’s surrender at Appomattox in April 1865.

During the presidential campaign in 1864, the outcome of the Civil War was still very much in doubt, and while the Republicans renominated Lincoln for the presidency, they made an unprecedented move by nominating a Democrat, Andrew Johnson, for vice president. Senator Johnson was notable for being the only senator to remain loyal to the Union even when his state, Tennessee, had seceded. At the time, nominating Johnson seemed to be a mere token of goodwill - little did Republicans know what would happen the following April.

Today, Lincoln is almost universally regarded as one of the country’s greatest presidents, while his successor is remembered for being the first president impeached by Congress. Indeed, he came perilously close to losing his office. On the surface, the story is a simple one: Johnson intentionally violated several laws, including the recently passed Tenure of Office Act, which was designed to limit his involvement with Reconstruction. However, Johnson’s impeachment owed a great deal to his temperament, the unique situation Congress found itself in at the end of the Civil War, and the challenges facing the Republican Party now that slavery was abolished. For most of the republic’s history, the executive branch accrued power at the expense of the legislative branch, and impeaching Johnson over his failure to abide by the Tenure of Office Act (itself an encroachment on the president’s right to choose members of his cabinet) was a moment when that dynamic could have been reversed. Similarly, opposition to Johnson - and the ordeal of his trial in the Senate – helped forge the Republican Party into a cohesive political party that dominated the presidency for most of the next seven decades.

The Impeachment of Andrew Johnson: The History and Legacy of the First Attempt to Impeach an American President analyzes Johnson’s rocky presidency, his ongoing friction with Republicans, and how he came so close to being removed from office. You will learn about the impeachment of President Johnson like never before.

What listeners say about The Impeachment of Andrew Johnson