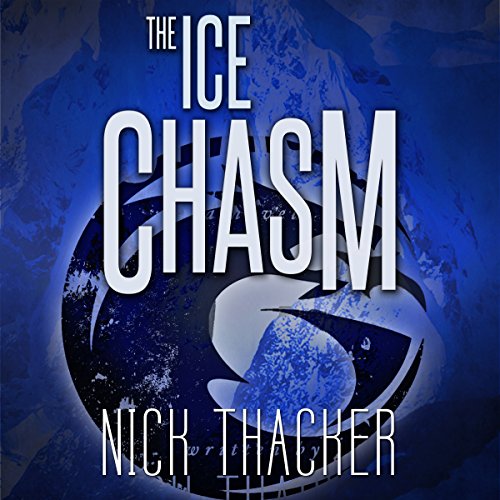 By: Nick Thacker
Narrated by: Mike Vendetti
Try for $0.00

The holy grail of science and computing...

A technology worth killing for...

For years, computer scientists have been working on a single, massive project.

It was said to be impossible.

Humanity itself may hang in the balance, and a single corporation controls its fate

Artificial intelligence is everywhere - in the cars we drive, in the appliances in our homes, and in the computers we use for work and pleasure. But this "intelligence" is lacking in one simple, yet major, way.

It is not human.

Near the McMurdo Station on the continent of Antarctica, a signal is seen and intercepted by a telecommunications company. They don't understand what the signal means, but whoever sent it is illegally using the company's restricted technology and satellites.

Harvey "Ben" Bennett and Juliette Richardson are approached to join an expedition to Antarctica to find the source of the signal, and bring back whatever technology is hidden there.

After trekking through the Amazon Rainforest and narrowly escaping death at Yellowstone National Park, Ben has little interest in yet another dangerous mission, but there is one reason he accepts the job:

Draconis Industries, the company that was behind the mass genocide at Yellowstone and the heinous crimes in the Amazon.

Together, Ben and Julie, joined by new teammates Reggie and Joshua Jefferson, must visit the coldest continent on Earth to uncover what Draconis Industries is trying desperately to keep hidden.

What listeners say about The Ice Chasm

Nick Thacker never disappoints. I needed a attention holding book for a long trip and this did the trick. I hated to stop and interrupt the book. Interesting plot and twist at the end. Highly recommend.

Having read an earlier book in the series, this was an entertaining revisit of amicable characters and some answers to mysteries left open in the prior book.

However, the introduction of new characters was a bit too mysterious to make them like able or even identifiable. They merged together or became stereotypes quite quickly. The plot was also a bit too short for the number of words. There was plenty of action, but the numerous fights in an ice station was a bit repetitive.

Overall: pick this up if you liked the others in the series.
I received this book in exchange for a fair review.

Each book in this series gets better and better. This was a plot twist I didn’t see coming and a satisfying ending. I will say I enjoy that this book doesn’t contain a lot of “fluff” or back story. The voice for this audio book was perfect and sets the right mood for this kind of action thriller.

This is a well written, interesting thriller which take s place primarily under the ice in Antarctica and is especially relevant at this time of debate over the use of artificial intelligence. It features the same group of friends from other books by the author who are uniquely qualified for working together as a team to investigate various situations, in this case, for a man known only as Mr. E. who wants information about an investment of his in Antarctica.

Roald had been alone before, the frozen nothingness was everywhere, cutting thru him. Trudging, the killing wind , when he notice something in the ice.. Hours passed, all he could tell it was a square metal plate, digging more, he finds it was a door. Door lead to somewhere. Once again the author has captured us, in this frozen land, what did he uncover.
Action packed, and full of intrigue.
Given audio for my voluntary review and my honest opinion

The action comes thick and fast.

Move over Matthew Riley, there’s a new kid on the block. All 3 HArvey Bennet books are captivating, an Adrenalin packed series that has you ducking bullets and enthralled till the end.