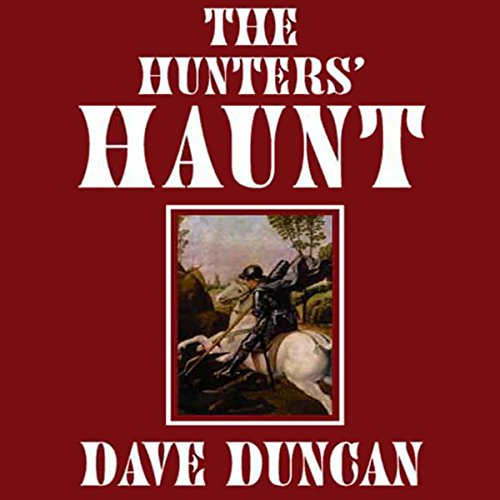 By: Dave Duncan
Narrated by: Derek Perkins
Try for $0.00

A blizzard savaged the mountain peaks, but at an inn called the Hunters' Haunt, travelers found safe refuge, a cozy room, and a roaring fire. All but Omar, the Trader of Tales - against whom the innkeeper had been nursing a grudge. But before he could pitch Omar out into the storm, his other guests proposed a contest: if Omar could top a roomful of their tallest tales, the storyteller could win his room and board.

For Omar the stakes were life and death. That gave the contest some spice.

So as winter winds whipped about the little inn, lies and truths and fabulous fabrications swirled before the blazing hearth. The innkeeper and his pretty sister; the merchant and his blushing bride; the dowager and the crusty captain of her guard; the scribe, the maid, the minstrel: they all poured out their tales, and Omar wove them together. Before they knew it, their very lives were intertwined, and their separate stories were spinning relentlessly to a single conclusion no human could have foretold!

What listeners say about The Hunter’s Haunt