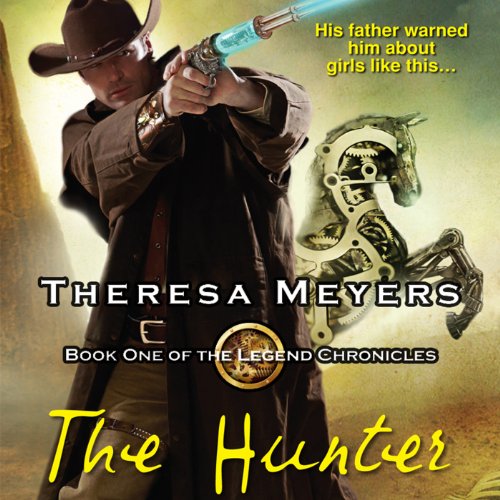 By: Theresa Meyers
Narrated by: Kevin Free
Try for $0.00

They're the chosen - Winchester, Remington, and Colt - brothers trained to hunt down supernatural beings using the latest steam-powered gadgetry. It's a hard legacy to shoulder, and it's about to get a lot more dangerous…A devil of a job. Colt Jackson has gotten his name on many a wanted poster with success in the family business: hunting supernaturals across the frontier. Lately, though, there's a sulfur stink in the wind and the Darkin population is exploding. A rift in the worlds is appearing. To close it, Colt will have to do the unthinkable and work with a demon to pass arcane boundaries no human alone can cross. Except when he summons his demon, he doesn't get some horned monstrosity: he gets a curvy redheaded succubus named Lilly, who's willing to make a bargain to become human again. He also gets Lilly's secret expertise on the machinations on the dark side of the rift. And her charm and cleverness help to get them out of what his silver-loaded pistol and mechanical horse can't. Of course, when all hell breaks loose, he might have to sacrifice his soul. But what's adventure without a little risk?

What listeners say about The Hunter