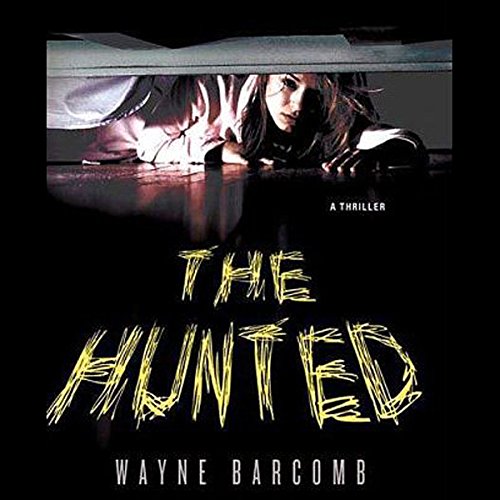 A lightning-fast police procedural from up-and-coming talent Wayne Barcomb that promises to keep you on the edge of your seat.

The Hunted begins with a little girl witnessing a horrible crime. Due to the child's testimony, the murder is convicted. Eighteen years later the killer is released on parole, and his mission is to track down the now grown woman he feels betrayed him. A deranged dance of masked identities ensues, and it is up to newly single homicide detective Frank Russo to unravel the case.

It was a bit slow to start but once capitavited it was hard to stop listening. I'm good at predicting endings but this story took me by surprise. Mark Deakins did a great job of bringing the characters to life with the different dialects for each character. I love listening to this particular narrator and actually look for books narrated by him. The story was good but it's important to pay close attention so not to get lost. Overall well worth listening to.

I loved this book. I personally thought the plot was great. I too felt at first that I didn't like the reader, but soon got so caught up in the story that I couldn't quit listening.