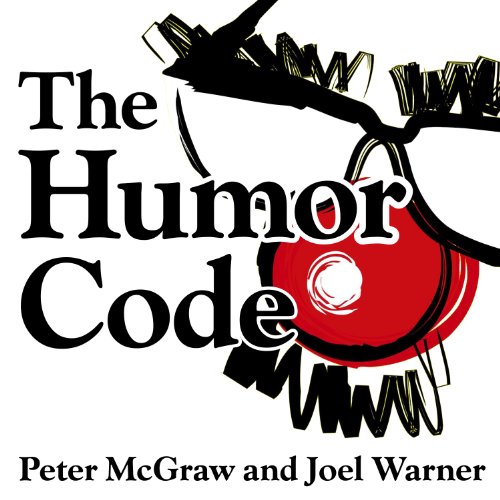 By: Peter McGraw,Joel Warner
Narrated by: Peter Berkrot
Try for $0.00

Dr. Peter McGraw, founder of the Humor Research Lab at the University of Colorado Boulder, teamed up with journalist Joel Warner on a far-reaching search for the secret behind humor. Their journey spanned the globe, from New York to Japan, from Palestine to the Amazon. Meanwhile, the duo conducted their own humor experiments along the way-to wince-worthy, hilarious, and illuminating results. In their quixotic search, they questioned countless experts, from comedians like Louis C. K. to rat-tickling researchers, and answered pressing (and not-so-pressing) questions such as, "What's the secret to winning the New Yorker cartoon caption contest?"; "Who has the bigger funny bone - men or women, Democrats or Republicans?"; and "Is laughter really the best medicine?" As a final test, McGraw uses everything they learned to attempt stand-up-at the largest comedy festival in the world. Funny, surprising, and often touching, The Humor Code is a revealing exploration of humor, society, and an unusual friendship.

"It's not often you can say a book about comedy can teach us some serious lessons. This one does-and entertains us in the process." ( Booklist Starred Review)

What listeners say about The Humor Code

What would have made The Humor Code better?

There were some interesting things in this book such as when they went to Japan and discussed why Japanese comedy is so different. However, much of the book felt like a collection of stories that were documented on their journey to discover what makes something funny. It felt like the stories were included based on whether they happened rather than if they were interesting or insightful stories. The book dragged on. They did some nice things such as how current social events affect humor. However, they did so much of this that I felt like I was listening to someone providing social views instead of providing me insight into comedy. The book is tiring to get through.

Real research and a scientific theory of humor!

Where does The Humor Code rank among all the audiobooks you’ve listened to so far?

Pretty far up there. A unique niche of science that yields a fascinating tool for understanding what makes us laugh..... the Benign Violation Theory.

How the author and researcher actually delved into the world of funny, not just in our culture, but many disparate cultures, even other species, like chimps and mice. This also included making a fool of himself on several occasions (like bombing at a comedy club)

Which character – as performed by Peter Berkrot – was your favorite?

The authors journalist friend, who more or less wrote the book in the first person as her accompanied Dr Peter McGraw

Totally underrated book, could have been a best seller with a better title and cover.

Should have been called "The Humor Journey"

No, I expected to learn a lot, but I didn't. The scientific facts get suppressed (not much elaboration on them) by the clear focus on the story which is their journey around the world. So it should have been called the "The Humor Journey" instead of "The Humor Code"

There are a lot of jokes in the book, but the narrator reads them in a way so that they often aren't funny

I bought this book to understand what was funny. Not to hear a rambling story of your boring journey. Your value proposition was to teach what it means to be funny and you didn’t deliver. So much dribble.

It was a good audio book

It was a very good audio book. I really enjoyed the information given. I felt it was very informative although some parts just seemed like rambling

Informative, but most importantly entertaining, therefore easy to listen to. hope to find more books like this one.

Way too much fluff.

It's been like an hour and a half of listening and all I've heard is this long backstory of how they created this book...

Even if this book were great, that would've been clouded by this breathy Casey-Kasem-impersonating actor. Oy! The stories on the book did not grab me. I was after a more psychological breakdown of what makes stuff funny. Hmm, guess the joke's on me.

Louis CK not really part of this book

The authors get 2 questions from Louis with nothing insightful to show for it. To sell the book on his name is disingenuous at best. Adding insult to injury, the narrator mispronounces Louis dozens of times, which is infuriating. This audiobook is an atrocity.

Didn't grip me. Didnt give me personally good tips

What would have made The Humor Code better?

More tips on how to be funny, less mediocre story of these guys doing research.

Would you be willing to try another one of Peter Berkrot’s performances?