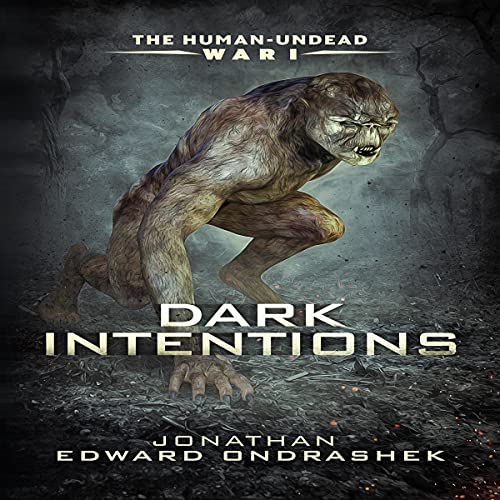 By: Jonathan Edward Ondrashek
Narrated by: LaMont Ridgell
Try for $0.00

In the Human-Undead War world, toss out your crosses, holy water, and fire. Don’t bother bolting your door, or lining entrances to your home with garlic or salt - vampires don’t need an invitation, and none of that will deter them. They don’t sparkle. They don’t sleep in coffins. And they are no longer in hiding.

In 2041, vampires are discovered, and humanity is thrust into a blood-soaked battle for supremacy.

Seven years pass, and the Human-Undead War rages on. Brian Koltz, the lead scientist and negotiator for the Undead Relations Committee, believes he holds the solution to peaceful coexistence: the platelet mushroom, an accidental creation that produces human blood.

But after Brian befriends the Undead patriarch, Barnaby, the war intensifies, and dark intentions are exposed. Can Brian forsake peace and undo a sinister plot, before the world is plunged into darkness forever?

What listeners say about The Human-Undead War I