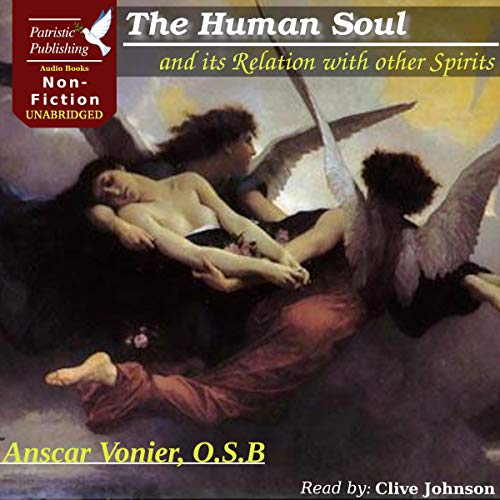 The Human Soul and Its Relation with Other Spirits

By: Anscar Vonier OSB
Narrated by: Clive Johnson
Try for $0.00

Ansgar Vonier, OSB (1875-1938), was an Abbot of Buckfast Abbey (1906-1938). He came from a large family. His father was a farmer who also ran a brickworks. After a number of years, the family moved to Rissegg, where Martin attended a nearby school and became an altar boy.

In 1882, monks who had been exiled from France purchased the site of a former monastery in Devon. In 1888, Vonier was one of the youths who were recruited for the new abbey.

In this classic book, he explores the soul and the spirit world and how they relate to God. He also looks closely at the role of angels and what happens to our soul after we die.