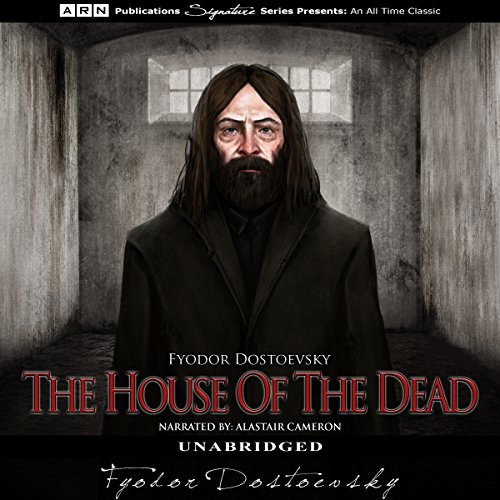 The House of the Dead

By: Fyodor Dostoevsky
Narrated by: Alastair Cameron
Try for $0.00

Published in 1862 by Russian author Fyodor Dostoevsky, The House of the Dead tells the story of life in a 19th century Russian prison. Narrated by the fictional character, Alexander Goryanchikov, this audiobook provides the listener with a firsthand account of life in a Russian prison.

While writing The House of the Dead, Fyodor Dostoevsky drew from his own personal experiences, as he spent several years in prison. During his time in exile, the other prisoners, who were mostly of the peasant class, treated him with harsh indifference. Ultimately, Fyodor experiences a spiritual awakening, overcoming his nightmare predicament and dislike for his fellow inmates. His change of attitude eventually leads to his release.

The author portrays his fellow inmates with sympathy and, at times, even admiration. Although he had been ignorant of the reality of prisons prior to his own confinement, by the time Fyodor Dostoevsky was released, he concluded that Russia's prison system was tragic beyond reason.

What listeners say about The House of the Dead

This fantastic Dostoyevsky book is ruins by the readings and terrible artificial voice. I would not be able to recommend the reader but highly recommending the book.

Wonderful book. Shame about the narration.

Love the book but find the narrator's voice irritating and monotonous. Struggle to listen.