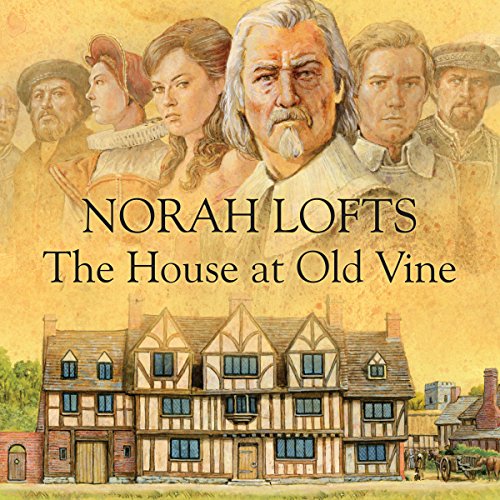 The House at Old Vine

By: Norah Lofts
Narrated by: Martyn Read,Julieet Prague
Try for $0.00

The House at Old Vine is the second in a trilogy of novels by Norah Lofts about the inhabitants of a Suffolk house from the late 14th century to the middle of the 20th.

Covering the turbulent years of 1496 to 1680, it follows six generations of the descendants of Martin Reed, who founded the "House" dynasty through his act of rebellion in The Town House, through persecution, war, and revolution, from the era of Christopher Columbus to the Restoration of Charles II.

Written with Lofts’ customary attention to historical detail, this novel follows intriguing characters who lived and died for what they believed in.

What listeners say about The House at Old Vine

What a wonderful suprise!

If you could sum up The House at Old Vine in three words, what would they be?

Each character made me feel absorbed in their tale.

Which character – as performed by Martyn Read and Julieet Prague – was your favorite?

Who could choose? The performances were outstanding. Every character had its own life force that distinguished itself from each other.

If you could rename The House at Old Vine, what would you call it?

The performances of each character made me feel like I could see and smell those historical surroundings. A history of a house and each generation of people weaving tales of life as it moves through war, love, lust, loss and all those secret feelings that determine whether you live in a house or a home.

Good story and worth the listen. Hang on during the lulls. It will come around and hook you back in!

I had these in my audio library for so long and one day I started listening and wound up sipping through all of her books. The narrators Juliet Prague and Martin Read were excellent.

I enjoyed the different character development and a variety of personalities and physical features. The story was interesting and unpredictable. I'm glad there's another book to Follow

After listening to five Norah Lofts audible books , I have to say that they do get repetitive. Pretty much the same story each time and with recurring historical detail. In every book a rare treat for a character has been gingerbread or raisins ! It's a good concept for a book and the narrative of each character keeps you listening , but for me there's something missing.