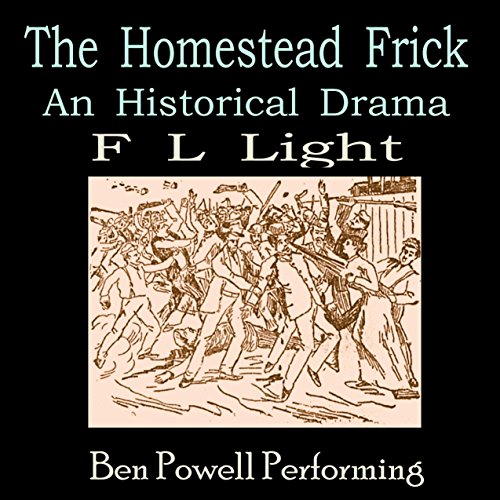 There was no larger steel mill in the United States than the Homestead works, a division of Carnegie Steel. The discord between the employed, represented by the Amalgamated Association, and the employers, defended by Henry Clay Frick, a major shareholder and chief officer for all parts of Carnegie Steel, was, when the contract expired at the end of June, 1892, unsettled and provoked severe hostilities. This historical drama maintains the classical form of tragedy in English with seven scenes of dialogue and seven choral performances.