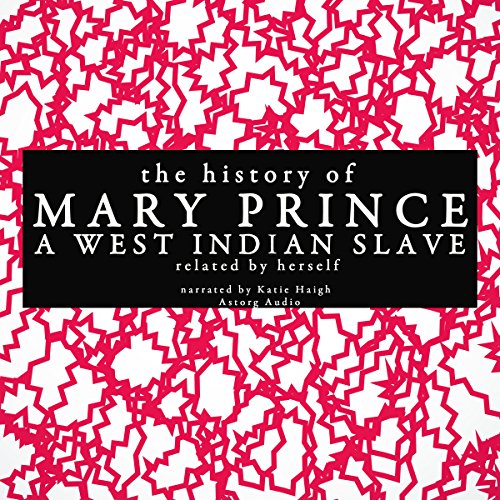 The History of Mary Prince, a West Indian Slave - Related by Herself

By: Mary Prince
Narrated by: Katie Haigh
Try for $0.00

This is the story of Mary Prince, who was sold into slavery at the age of 12 for £38 sterling. It is the first account of the life of a black woman ever to be published in the United Kingdom, and it was published at a time when slavery was still legal in the British Colonies.

The history of Mary Prince is firsthand testimony of the brutalities of enslavement. Its tone is direct and authentic, which makes this vivid story go straight to the heart. This book immediateley sparked public controversy and eventually played a crucial role in the abolition campaign.

"It was night when I reached my new home. The house was large, and built at the bottom of a very high hill; but I could not see much of it that night. I saw too much of it afterwards. The stones and the timber were the best things in it; they were not so hard as the hearts of the owners."
©Domaine public (P)2016 Compagnie du Savoir

What listeners say about The History of Mary Prince, a West Indian Slave - Related by Herself

As much as this is a piece of history and the truth behind colonialism. It still resembles this idea that being Mary’s voice is still filtered through two others. I wish her true creole was written down instead. Otherwise an eye opener and peer into their disenfranchised stories

Sympathy for the Dead

A story that deserved to be told and still deserves to be listened to by every American.

a sad story of one man's tyranny over another

such a dignified account and an insight into the suffering of black people at the hands of demons. As the story unfolds the spectre of near death beatings becomes the norm. the degradation and dehumanisation of men women and children because of colour is a horror and a stain on rich white families.