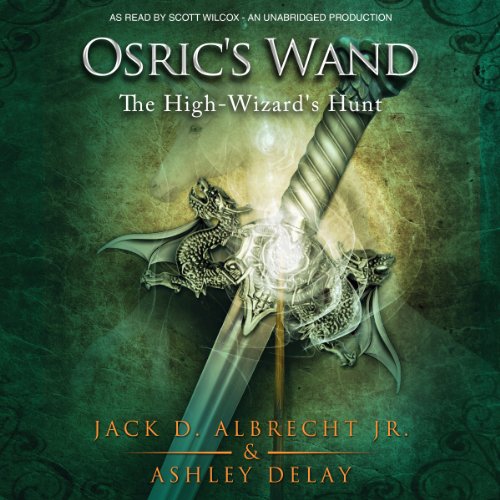 They thought they knew what magic could do....

In the much anticipated sequel to The Wand-Maker's Debate, Osric continues his quest for answers to an ever-lengthening list of questions. Separated from his companions, each day it seems the mysteries of magic and intrigue grow.

Osric must discover who is instigating a war, what secrets the unicorns are hiding, and what his increasing power and abilities might mean. With his hometown in chaos, Osric is forced to abandon his people in an attempt to save them.

Driven by destiny and thwarted by prophecy, will his new gifts be enough to secure his victory? Can his friends find a way to help him when he needs them most? Will Osric find a way to unlock magic's true potential and prevent history from repeating itself?

What listeners say about The High-Wizard's Hunt

A great plot...loving the characters and the world jack and Ashley created... A great fantasy series.. You won't be disappointed! Go pick up book one , The wand-makers debate if you haven't already....