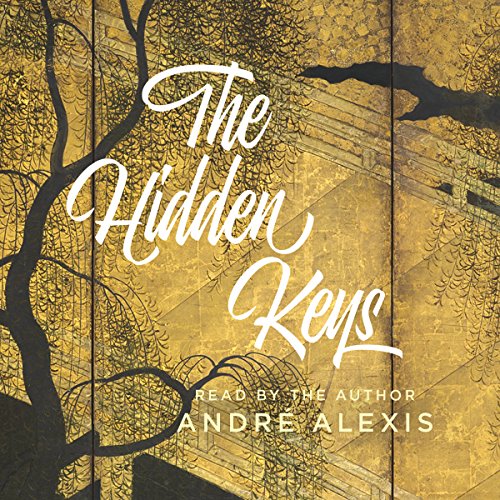 Although the Green Dolphin is a bar of ill repute, it is there that Tancred Palmieri, a thief with elegant and erudite tastes, meets Willow Azarian, an aging heroin addict. She reveals to Tancred that her very wealthy father has recently passed away, leaving each of his five children a mysterious object that provides one clue to the whereabouts of a large inheritance. Willow enlists Tancred to steal these objects from her siblings and solve the puzzle. A Japanese screen, a painting that plays music, an aquavit bottle, a framed poem, and a model of Frank Lloyd Wright's Fallingwater. Tancred is lured in to this beguiling quest, and even though Willow dies before he can begin, he presses on.

As he tracks down the treasure, however, he must enlist the help of Alexander von Wurfel, esteemed copyist, and fend off Willow's heroin dealers, a young albino named Colby and his sidekick, Sigismund 'Freud' Luxemburg, a clubfooted psychopath, both of whom are eager to get their paws on this supposed pot of gold. And he must mislead Detective Daniel Mandelshtam, his most adored friend.

"This gorgeously written, funny adventure tale will keep readers up finishing it while also quietly breaking their hearts with Alexis's keen observations of people, kindness, and cruelty." ( Publishers Weekly)
"Even though the book is an old-fashioned quest yarn, Alexis's immense talent gives it an archetypal patina, glossing characters with shades of honor and subtlety that might have been missed in lesser hands." ( Kirkus Reviews)
"[An] intellectual adventure yarn...Great fun." ( The Wall Street Journal)

What listeners say about The Hidden Keys

The Hidden Keys is a smart and satisfying mystery. Alexis manages to embed philosophical ideas, questions of ethics and morality, as well as social commentary into a well designed plot and intriguing characters. He also has a great reading voice!

This is overall a smart and enjoyable mystery story. It is realistic enough for anyone from Toronto to relate it to the real places in which the story takes place. The characters are developed enough to make you think and feel. If you like mystery and adventure, this is a satisfying story.

I've Never Been to Toronto

Lately I've been listening to stories which include descriptions of the buildings, streets, shops, cafes and weather of the cities where the story's activities take place. As someone who no longer travels beyond the boundaries of her home state, I find these inclusions entertaining and not at all superfluous because there was a gradual intertwining of these physical elements with the revealatons that the reader witnessed in the character's journey.
This is an elegant offering made more so by the author's narration. If this review leaves the reader of this review with unanswered questions regarding the plot, I suggest you listen to it and decide for yourself.
I'd like to thank Mr. Alexis for sharing the books relating to this story. Somehow, along the way, I had forgotten that I had always intended to read 'Naked Lunch'.

Unusual puzzle story, with excellent out-of the-ordinary characters, with complex value sets. Would make a good movie, if it isn’t, already...nice to see a different side of Toronto, too.

I love to listen to contemplations by sensitive people. I love to listen to deep explanation of artistic observation. Listening to this book by Andre Alexis, read by himself, was much like being with him and meeting someone rich in culture and depth of spirit, A calm presence even in The suspenseful and violent moments. I like Tankred and am glad I met him too. I listened to this book because I listened to 15 Dogs and enjoyed the literature and the different perspective. I was not disappointed with this book either and now found another good author to listen too. I hope he reads more of his own. Thank you Andre Alexis.