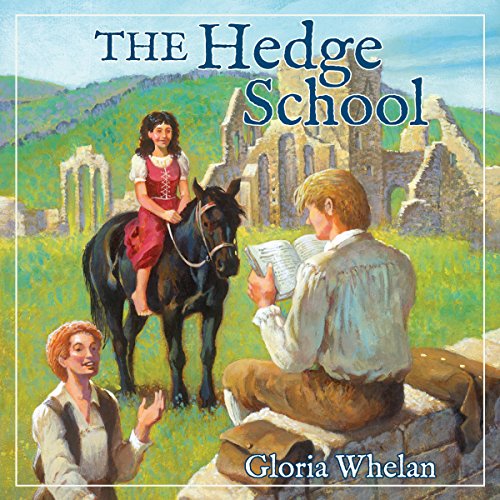 It is perilous to be a Catholic in the Ireland of 1735, and it's almost more than can be borne for 15-year-old Padraic Fitzbrian. Nearly 100 years before, Lord Protector Cromwell of England had put down the Irish rebellion confiscating lands, killing priests, outlawing the Mass, and prohibiting education of any kind for Irish Catholics. Padraic and his two friends, Liam and Rose, are in their last year as scholars in the forbidden and risky all-weathers classroom under the hedgerow. Fiery Padraic, whose family lands had been seized so long before, chafes under the injustice as though it were yesterday, making trouble for himself and those around him. Liam, as determined a patriot, holds the hope of being able to fight for his people's freedom in an entirely different way. And warm-hearted Rose, gifted with pluck, is also thankfully rich in good sense. Behind the scenes, a mysterious figure called Kestrel stirs the fires of Irish identity, and Padraic longs to do as much. Harmless adventures mount into dangerous trouble as the three young people strive, in each new difficulty, to take hold of the faith and patience that brings freedom amidst the worst tyranny.

Gloria Whelan is a National Book Award winner for Young People's Literature and author of many books, including The Miracle of St. Nicholas.

What listeners say about The Hedge School

A great look at Irish history

This book was an interesting look into Irish history and how young people coped in an Ireland ruled by the English. It's an interesting story but the historical glimpses into life at this time, are quite interesting. I enjoyed it very much.