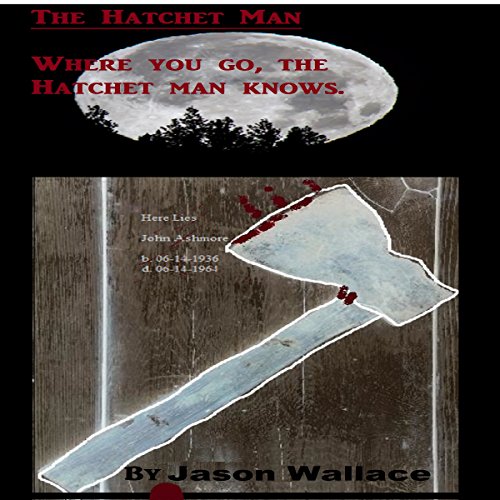 By: Jason Wallace
Narrated by: Sean Tivenan
Try for $0.00

Sometimes, an anniversary means something. Sometimes, it's part of a deal that the dead make to come back.

Tony Boldomero, upon hearing of "The Hatchet Man of Bullskin", decides that he has to investigate the grave of the folklore killer, a man who supposedly slit his wife's throat and hacked his own children to pieces before turning the weapon on himself. His girlfriend, Ashley, thinks the idea to be too foolish to entertain but helplessly goes along. Neither of them believes that the story could be true, that anyone could come back from the dead, that anything resembling a zombie rising could ever be possible.

The zombie is very real and wields two mighty blades, ready to make short work of any who cross his path, to disassemble and scatter them to the four winds. No one can survive him once he has begun his destined work. None can match him. Only time may tell if there be hindrance to withstand the force of The Hatchet Man.

What listeners say about The Hatchet Man