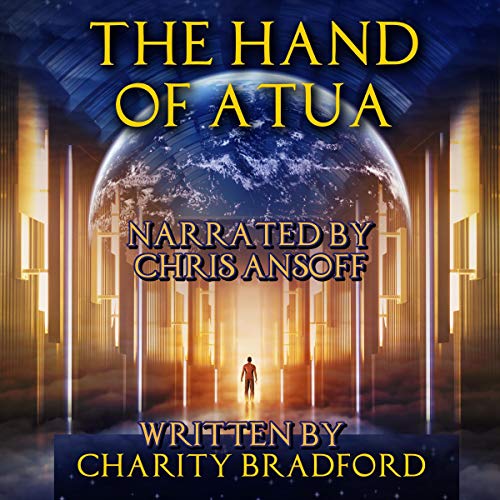 The Hand of Atua

By: Charity Bradford
Narrated by: Chris Ansoff
Free with a 30-day trial

How can the destruction of a world be part of God's plan?

Twelve-year-old Eleena is forced to flee during the last evacuation before the Hatana's fleet arrives, leaving her parents behind. She takes comfort when the voice of Atua assures that her parents are in his hands. Her faith is shaken when days later, the fleet razes the planet leaving it uninhabitable for generations.

Eighteen-year-old Amiran is the Hatana's heir, but he's vowed to stop his father's brutal march across the galaxy. Shortly after putting Eleena on the ship captained by his best friend, Amiran is captured by his father's scouts. Sentenced to serve in the mines and the fleet he hates, Amiran holds onto the memory of Eleena's tearful plea for the god Atua to protect him.

Separated by space and years, the refugee and the prince must both come to a new understanding of what it means to be in Atua's hands. Can they find the faith to trust in the voice of Atua and stop the Hatana?

What listeners say about The Hand of Atua

A simple tale with a predictable outcome. Good for driving or other activities that don’t require you complete attention. I didn’t like the narration the voices seemed very childish