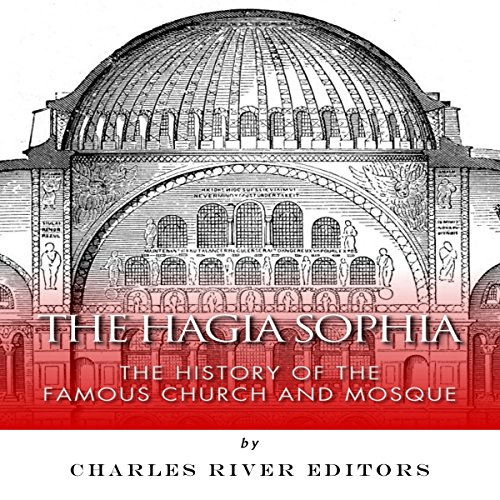 The building of Hagia Sophia itself was shocking and transformational. Beginning with Procopius of Caesarea, Justinian's court historian, visitor after visitor noted that the giant dome seems to hover on air, and it's unquestionably true that the arches, vaults, semidomes, and domes add up for an otherworldly, ethereal effect. The surfaces are enriched by colored marble and elaborate mosaics, and when viewing from the aisles and galleries, looking into the nave is dramatic thanks to all the interconnecting layered spaces and repeating, complex curved forms. Interestingly, however, the brick exterior of the building was left unadorned, representing a shell that houses a magnificent interior.

The Hagia Sophia examines the history of one of the world's most famous religious sites and analyzes the religion and politics that shaped its fate.

What listeners say about The Hagia Sophia

A clear and concise detailing of the factors which caused this incredible building to come into being and be charged in many ways throughout the years. Much of its design and construction details are covered, as well as the structural changes which have come with age. I have the audio, but have seen the building highlighted on PBS and the History Channel. Joseph Chialastri gives a pleasant and clear narration.