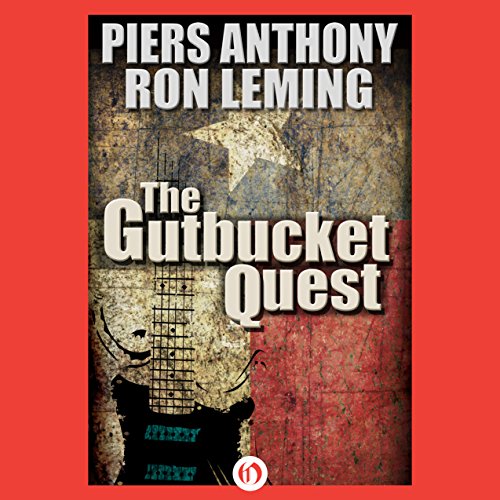 By: Piers Anthony,Ron Leming
Narrated by: Allan Robertson
Free with a 30-day trial

Slim's a Texas bluesman of a certain age, down on his luck, and just about broke - but hey, that's what the blues are all about. Then, one day, in a single hot burst of lightning that comes straight up out of the ground, Slim finds himself in Tejas. Not Texas, but somewhere else. It's a little bit magic and a whole lot different, but the blues are the same. And the blues - manifest here in the form of a maple-necked pearl-gray Fender Stratocaster with blue-chrome pickups a.k.a. The Gutbucket - needs him and needs him bad. The Strat's fallen into the hands of T-Bone Pickens and his Vipers, who want to suck up all its power and turn it to evil. Slim's off and running on the Gutbucket Quest, with the help of his new mentor, rhythm guitarist Progress T. Hornsby, and a purely unstoppable blues singer named Nadine.

What listeners say about The Gutbucket Quest

Not like anything I have heard Piers write before

The way this story looks at music, you can tell the authors understand the genre. The way they introduce Slim is fun, entertaining and for me, just an insight to all the characters of the book.

Progress to start, but all the people of Texas (Tejas) are a pleasure to meet.

There are some areas that are emotionally repetitive, but overall, well worth the read.