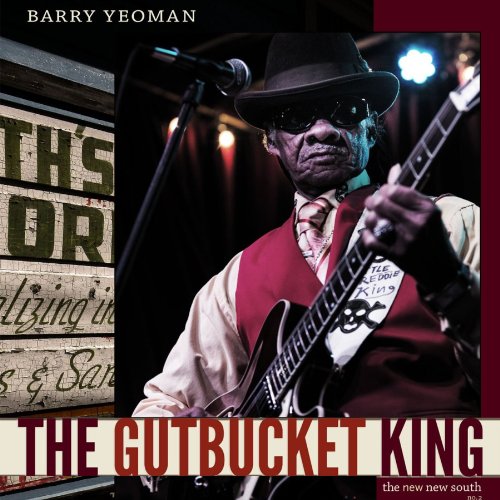 By: Barry Yeoman
Narrated by: Rob Cleveland
Try for $0.00

In the 1950s, at the age of 14, Little Freddie King hopped a southbound freight train in McComb, Mississippi, fleeing the life of a sharecropper’s son in what was then the "worst part of the most intransigent state" in Jim Crow-era Dixie. Landing in New Orleans, he taught himself to play blues guitar, then found work performing at the city’s corner nightclubs, including one nicknamed the Bucket of Blood for its nightly eruptions of violence. Dodging bullets and drinking with abandon, he became a fixture in the subterranean blues scene. He played a time-breaking, low-down style of blues borne of a life of struggle, and followed a self-destructive course that ensured he never ran out of material. That is, until one drunken night, when his knife-wielding wife attacked him in a jealous rage, one of several brushes with tragedy that would change his life forever.

Barry Yeoman, an award-winning journalist who began his career as a newspaper reporter in South Louisiana, first met King while making the 2009 radio documentary Still Singing the Blues. Since then, Yeoman has spent dozens of hours interviewing the bluesman, his friends and family. The result is an intimate and colorful portrait of one of New Orleans’ cultural treasures. Yeoman chronicles King’s journey from picking cotton in rural Mississippi to playing guitar on some of the world’s biggest stages, from spirit-seeing teenager who arrived in New Orleans with "not nary a copper cent" in his bib overalls to a self-effacing septuagenarian at the peak of his musical career - and one of the Crescent City’s last great country bluesmen. It’s a story about music, migration, race, faith, and resilience, and about the deepest of the Deep South during seven decades of profound upheaval.

What listeners say about The Gutbucket King

Absolutely terrific story. Fans of Blues and a bygone era should listen to this book.