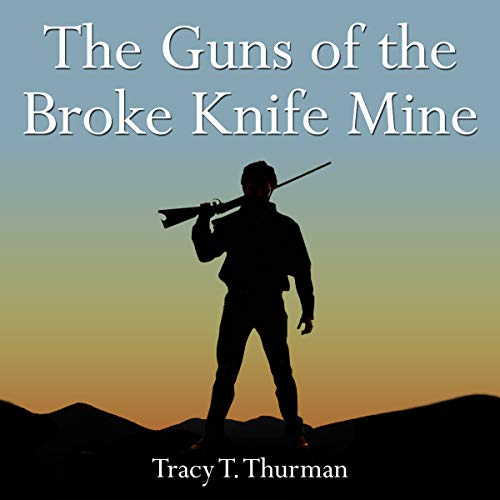 The Guns of the Broke Knife Mine

Pete Cooper left the gold camp in the Sierras of Northern California intent on making his way back to Kansas. To the daughter he’d left many years before.

After crossing the desert, at the Colorado River, he comes across a woman and her young grandson, survivors of a brutal stage robbery.

He finds himself in a small mining town in Arizona territory, wearing the badge of a deputy US marshal, being the arm of the law in the town, tracking down outlaws, and uncovering a sinister plot based on deception and corruption. A plan to rob, kill, and terrorize, in the interests of cleaning out the Broke Knife Mine once and for all. Taking the wealth and leaving nothing but dust and dead men behind.

Pete Cooper encounters men who are cold-blooded killers. He encounters honest men who work hard for a living. He also encounters a refined woman who, in spite of his rough edges, falls in loves with him.

The Guns of the Broke Knife Mine is a tale of the West. There’s action, intrigue, adventure, and even a little romance. It’s a tale of good men overcoming evil and in a few cases, men overcoming the evil that lives within themselves.

Does he ever make it back to Kansas to see his daughter? You ask. Well, I reckon you’ll have to listen to find out. Saddle up, pard.

What listeners say about The Guns of the Broke Knife Mine