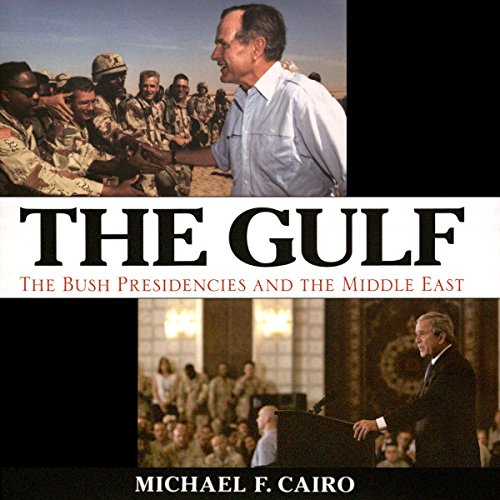 Presidents George H. W. Bush and George W. Bush both led the United States through watershed events in foreign relations: the end of the Cold War and the terrorist attacks of September 11, 2001. Many high-level cabinet members and advisers played important foreign policy roles in both administrations, most notably Dick Cheney, Colin Powell, and Condoleeza Rice. Both presidents perceived Saddam Hussein as a significant threat and took action against Iraq. But was the George W. Bush administration really just "Act II" of George H. W. Bush's administration?

In The Gulf, Michael F. Cairo reveals how, despite many similarities, father and son pursued very different international strategies. He explores how the personality, beliefs, and leadership style of each man influenced contemporary US foreign policy. Contrasting the presidents' management of American wars in Iraq, approach to the Israeli-Palestinian peace process, and relationships with their Israeli counterparts, Cairo offers valuable insights into two leaders who left indelible marks on US international relations. The result is a fresh analysis of the singular role the executive office plays in shaping foreign policy.

“A thought-provoking analysis that will be cited by many scholars seeking to advance the study of the making of US foreign policy." (H-Net Review)

“This book will be of particularly high value to young scholars as a model of excellent scholarship that they may wish to follow and from which much can be learned." (Presidential Studies Quarterly)

What listeners say about The Gulf