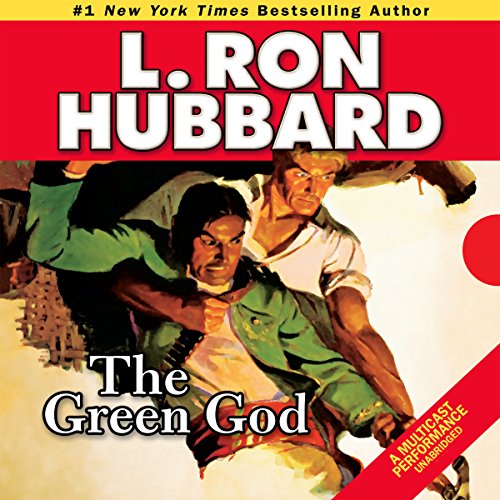 Lieutenant Bill Mahone of Naval Intelligence is on a mission to find The Green God ... and it’s life or death.

Along the way, he’s tortured with knives, threatened with a slow, painful death, and buried alive. And then things get really nasty. The entire Chinese city of Tientsin is under siege from within - the streets filled with rioting, arson, mass looting, and murder. And all because the city's sacred idol, the Green God, has gone missing.

Mahone’s convinced he knows who stole the deity of jade, diamonds and pearls. To retrieve it, though, he’ll have to go undercover and underground. But he’s walking a razor’s edge - between worship and warfare, between a touch of heaven and a taste of bloody hell.

Also includes the adventure “Five Mex for a Million”, in which an American Army captain, falsely accused of murder, finds himself taking on the Chinese government, a powerful Russian general, and a mysterious, unexpected passenger.

What does a near-death experience sound like? Find out, as the audio version of The Green God gives new meaning to the word escapism - escape from a crazed mob, escape from the clutches of a torturer, escape from an early grave.

What listeners say about The Green God