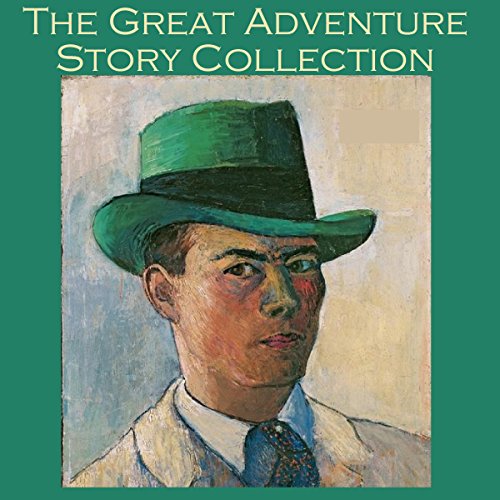 'The Dust That Was Barren' by P. C. Wren

'The Deserter' by Stacy Aumonier

'The Lighthouse on Shivering Sand' by J. S. Fletcher

'The Secret of the Smoked Spectacles' by William Le Queux

'The Secret of Dr. Vaux’s Intrigue' by William Le Queux

'The Adventure of the Mazzarin Stone' by Sir Arthur Conan Doyle

'The Coffin Merchant' by Richard Middleton

'The Earl, the Warder and the Wayward Heiress' by J. S. Fletcher

'The Victim' by Perceval Gibbon

'Over an Absinthe Bottle' by W. C. Morrow

'The Paradise of Thieves' by G. K. Chesterton

'The Secret of the Black Bag' by William Le Queux

'The Vampire' by Jan Neruda

'The Mind-Readers' by Edgar Wallace

'The Mysterious Card' by Cleveland Moffet

The stories were excellent! I loved the selection. I personally didn't care much for the narrator- I felt that her style didn't really complement the stories. She did kinda grow on me some over the course of the 24 hours of listening though.

omg! the monotonous narration is truly aweful.
something about her cadences is impossible to listen to.

Great would not be the word I would use

This book came up when I searched for R. Austin Freeman. I did not find these comparable.

everything about this book is awful. absolutely everything. story. narration. don't waste your time or money

Would you try another book written by the authors or narrated by Cathy Dobson?

Would you recommend The Great Adventure Story Collection to your friends? Why or why not?

the collection was ok not great, i would love to tell you about some of the story's but Cathy really spoilt it for me

If you could play editor, what scene or scenes would you have cut from The Great Adventure Story Collection?