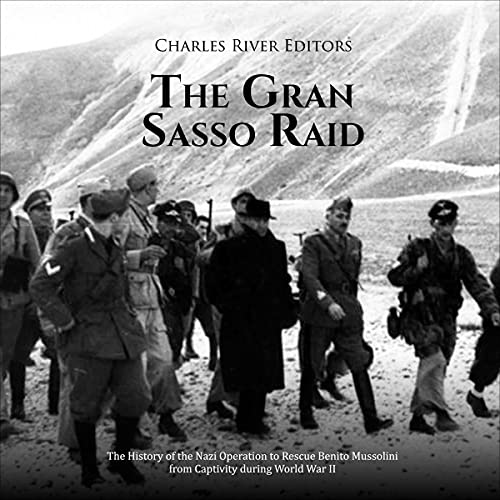 As Sicily fell and the Allies prepared to press on, Italy’s fascist dictator, Benito Mussolini, was actually arrested to prevent him from doing further damage. Il Duce still held considerable power in the eyes of many ground-level activists, and if left unchecked, the possibility of violence in the streets was genuine. He was jailed in Campo Imperatore on August 28, 1943, on one of the largest mountains in Central Italy, but when the new Italian government surrendered to the Allies, most of the Italian mainland was still controlled by the Germans, who now pushed out to oppose not just the Western Allies but the Italians. In one tragic move, the Germans attacked the Italians without mercy on all fronts, slaughtering their former allies and taking no prisoners, while the remnants of the Italian military, located on national soil, fought to stop their former allies from the far-reaching south to the last man to allow easy access to British and American troops. Immediately, all dormant anti-Fascist resistance cells sprung up around Italy, organizing a massive movement of armed resistance against the German invaders.

During his dictatorship and World War II, Hitler routinely betrayed alliances, repudiated solemn pacts when it suited him, and generally acted without consideration for others, but Mussolini seemed to be the one exception. Hitler seems to have formed few close personal relationships in his life, but his friendship with Mussolini appears to have been genuine, and it would survive military catastrophe and the destruction of the Nazi empire. Thus, when Mussolini finally found himself imprisoned by the Italian authorities and threatened with execution or being handed over to the Allies, Hitler personally authorized a daring mission to rescue the Italian dictator.

On September 12, 1943, a daring German commando operation managed to free Mussolini from his mountain prison and take him back north into occupied territory. On September 23, Il Duce declared the creation of a new Republican Fascist government, known as the “Salò Republic”. A large number of soldiers, veterans, and people flocked to his cause, and a civil war now commenced, with a coalition of Communist and Liberal anti-Fascist partisans fighting the New Republic Army. In his final months, Mussolini unleashed everything he could against those who had betrayed him, beginning a systematic campaign of repression and a literal manhunt against anyone remotely connected to those who had unseated him.

As it turned out, the Germans’ efforts would be for naught. On April 25, 1945, Mussolini was able to move about without German interference as the Allies advanced. He wore a German uniform to hide his identity and tried to march North with retreating troops, thinking he would find a way to freedom from Germany, but an armed force of partisan troops stopped the column on April 27, 1945. Mussolini was immediately identified, captured, and briefly jailed along with his lover, Claretta Petacci.

There was no great trial waiting for Mussolini and no last moment under the spotlight. The partisan troops organized a show trial to give the proceedings some sense of legality, and on April 29, 1945, they took Mussolini and Petacci out of jail. The Italian dictator was shot, along with his lover, after which their corpses were brought back to Milan's Loreto square and hung by their feet. The very next day, Hitler would commit suicide in his bunker in Berlin, and the fighting in Europe would finally come to an end a little more than a week later.

What listeners say about The Gran Sasso Raid