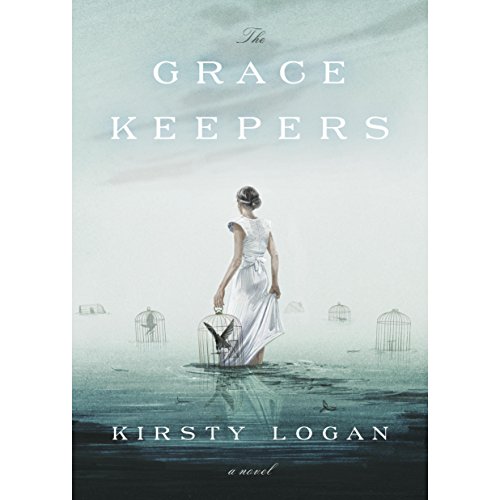 By: Kirsty Logan
Narrated by: Katy Townsend
Try for $0.00

For fans of The Night Circus and Station 11, a lyrical and absorbing debut set in a world covered by water.

As a Gracekeeper, Callanish administers shoreside burials, laying the dead to their final resting place deep in the depths of the ocean. Alone on her island, she has exiled herself to a life of tending watery graves as penance for a long-ago mistake that still haunts her. Meanwhile, North works as a circus performer with the Excalibur, a floating troupe of acrobats, clowns, dancers, and trainers who sail from one archipelago to the next, entertaining in exchange for sustenance.

In a world divided between those inhabiting the mainland ("landlockers") and those who float on the sea ("damplings"), loneliness has become a way of life for North and Callanish, until a sudden storm offshore brings change to both their lives - offering them a new understanding of the world they live in and the consequences of the past, while restoring hope in an unexpected future.

Inspired in part by Scottish myths and fairytales, The Gracekeepers tells a modern story of an irreparably changed world: one that harbors the same isolation and sadness, but also joys and marvels of our own age.

"A highly original fantasy, set in a haunting sea-world both familiar and mysterious." (Ursula K. Le Guin)
" The Gracekeepers is an enchanting, magical tale, and Kirsty Logan's writing is beautiful. Compelling and vivid, with Scottish lore woven lyrically throughout, The Gracekeepers explores such issues as loneliness and isolation, our innate tendencies to create divisions between ourselves and others, the consequences of long-ago actions, and, ultimately, the restoration of hope." (Sara Gruen, author of Water for Elephants and At the Water's Edge)
"A gorgeously melancholy novel, a post-apocalyptic fairy tale of mermen and mourning birds, ghost cities on the ocean floor and precious, precious soil. I envy the reader who is just now picking it up." (Camille DeAngelis, author of Bones & All)

What listeners say about The Gracekeepers