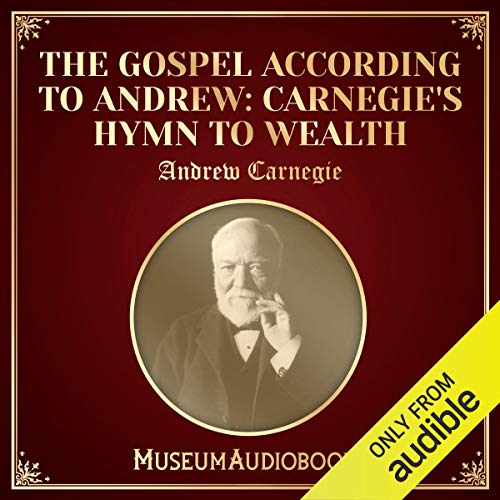 The Gospel According to Andrew: Carnegie's Hymn to Wealth

By: Andrew Carnegie
Narrated by: Ty Armstrong
Try for $0.00

Andrew Carnegie was Scottish American business magnate, industrialist, and most importantly, philanthropist, and because of this latter role and his huge positive social contributions, there is no one more suitable to write an article such as Wealth.

In Wealth, more commonly known as The Gospel of Wealth, first published in 1889, Carnegie discusses the responsibilities and obligation all people of wealth have, particularly in terms of philanthropy. It is fascinating to learn of the opinions and arguments on such a subject from one of the riches individuals to have ever lived, particularly one who was behind so many large-scale altruistic ventures.

What listeners say about The Gospel According to Andrew: Carnegie's Hymn to Wealth