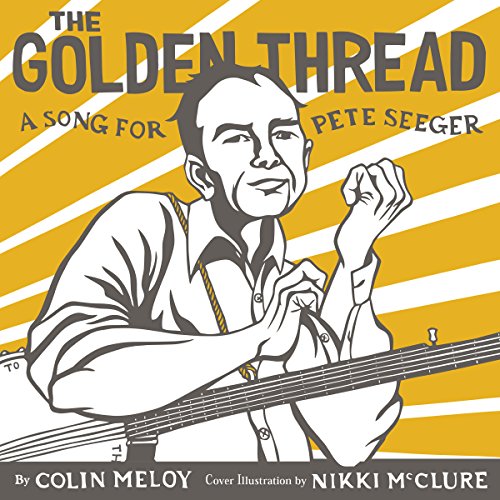 With dazzling, lyrical verse in the folk revival style, Colin Meloy pays tribute to Pete Seeger, a visionary who changed the world with song.

Pete Seeger once sang that if he had a golden thread, he would use it to weave people from all over the world to one another. That golden thread, for Pete, was music.

Born into a family of traveling musicians, Pete picked up his first instrument at age seven. From then on, music was his life, whether he was playing banjo for soldiers during World War II, rallying civil rights activists and war protesters with songs such as "We Shall Overcome", "Where Have All the Flowers Gone?", and "If I Had a Hammer" or leading environmental efforts to clean up the Hudson River.

For decades, Pete Seeger's messages of universal understanding and social and environmental justice inspired generations - and have left a lasting legacy.

What listeners say about The Golden Thread