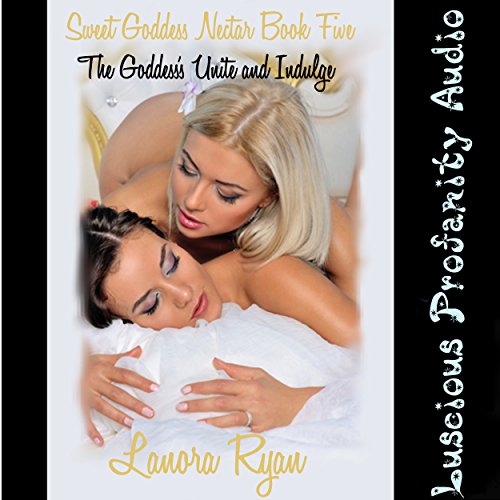 The Goddesses Unite and Indulge

By: Lanora Ryan
Narrated by: Vivian Lee Fox
Try for $0.00

What listeners say about The Goddesses Unite and Indulge

Not sure, would depend on the friend and what kind of erotica they like. For me this was just OK, but clearly written with men listening to it than woman or even real lesbians. It was an interesting fantasy, one without men, but still, the whole point for the woman was to fill up on the Goddess's come and feast on sex then bring it back so they could have sex with lots and lots of men. This was just a time out at the filling station where the Goddess grew a dick to fill them up.

Would you be willing to try another book from Lanora Ryan? Why or why not?

Not on purpose, I bought this one because it was cheap, had an interesting title and I hoped had lesbian sex.

Did Vivian Lee Fox do a good job differentiating all the characters? How?

She did a good job, not great, her voice would be best serviced in a pokimen cartoon.

No, not really, I like listening to erotica, I do not see X-rated movies where actual actresses have to do these behaviors. Its one thing speaking them into a mike, another acting them out on screen.

Sorry I am so down on this, I am sure some will like it, it isn't awful, it just isn't that great, I mean really did the Goddess really have grow a "Dick" why not just strap on one, I know this was all magical and all, but still.