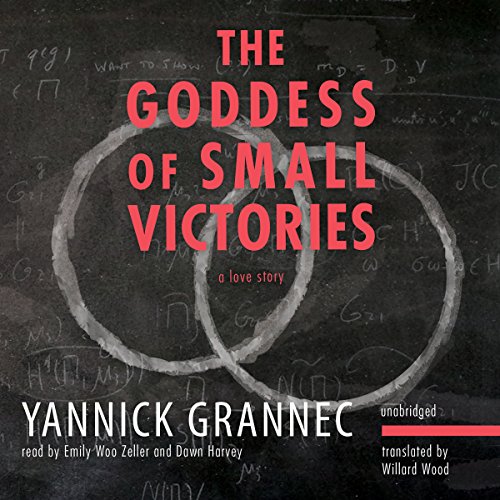 The Goddess of Small Victories

Princeton University, 1980. A young and unambitious librarian named Anna Roth is assigned the task of retrieving the records of Kurt Gödel - the most fascinating and hermetic mathematician of the 20th century. Her mission consists of befriending and ultimately taming the greatman's widow, Adele, a notoriously bitter woman set on taking belated revenge against the establishment by refusing to hand over these documents of immeasurable historical value.

But as Anna soon finds out, Adele has a story of her own to tell. Through descriptions of Princeton and Vienna after the war, the occupation of Austria by the Nazis, the pressures of McCarthyism, the end ofthe positivist ideal, and the advent of nuclear weapons, Anna discovers firsthand the epic story of a genius who could never quite find his place in the world - and the private torment of the woman who loved him.

What listeners say about The Goddess of Small Victories

I'm only 40 minutes into the book and I don't know if I can make it much further. The main character, Adele Godel, is an elderly woman from Austria who has lived in the U.S. for many, many years. The narrator who reads Adele's part attempts to give her a German accent. It is an atrocious attempt at a German accent - a sort of unidentifiable accent that could be Russian. Much of her speech is unaccented - only every few words are modified, making the narration even more trying to follow. I am at a loss as to how this narrator's rendition of a German accent could have been acceptable to the publishers. It would have been far better if no accent was attempted at all and the character was just made to sound old.

What made the experience of listening to The Goddess of Small Victories the most enjoyable?

I read this as an "immersion read" (simultaneous narration and synched text) on my Kindle-Fire HDX. The book was very good and the narration was excellent.

There were however some whisper synch hiccups during the immersion reading. The last page of each chapter usually would not advance automatically and frequently the narration would stop again at the end of a chapter. To me this problem was minor but some might find it irritating.

I suspect that just listening to the book on the Audible file, there would be no problems. The problems occurred during "immersion reading".