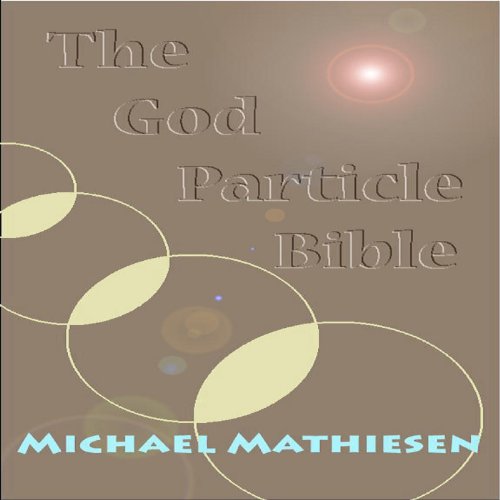 The God Particle was discovered on July 4th 2012 and was actually much greater cause for fireworks than the American Revolution because this discovery represented a Revolution in Consciousness and spirituality since the God Particle is actually proof that God exists and that proof came via the most expensive scientific experiment in history - the Large Hadron Collider near Geneva Switzerland and operated by CERN. The God Particle or Higgs boson has always been the missing link in quantum physics, but now that it has been discovered, it gives proof also to the fact that this field gives weight to everything else in the universe.

As such, it came first after the Big Bang and nothing can exist in this universe without being bathed in the God Particle Field at all times. With this discovery - all present Quantum Physics is turned upside down because previously it was thought that everything in the universe at least at this level was merely due to a probability of any given event. But, now we know that all probabilities can be turned into the greatest possibilities through the manipulation of the God Particle Field. This audiobook, authored by noted Science Fiction writer, Michael Mathiesen is the first of its kind to describe not only how God works, but also where God lives.

The author presents us with an entire new form of "Technology" that anyone can learn to use to exploit the greatest Force in the universe, to alter one's fate or change their own destiny as well as the destiny of our entire civilization. The "Force" mentioned in Star Wars actually exists. It has now been proven to exist. The God Particle Bible is the first primer on how to use 'The Force' for all to see and use.

What listeners say about The God Particle Bible

What a spiritual treatment is this. The author here makes a strong case for the presence of the God Particle Force. Mathiesen trusts that this theory is an extension of Einstein's theory of relativeness which he defined as The God Particle in the universe equivalents the mass of the universe times the speed of light squared. The listener will definitely enjoy this theory, I found the book captivating.

This person is an ego maniac

What could Michael Mathiesen have done to make this a more enjoyable book for you?

too many mouth sounds and too much ego .. nothing is explained about the "God Partical", just his own feelings which make no sense.... not like a book ... more like a BAD speech

If you could play editor, what scene or scenes would you have cut from The God Particle Bible?

if this person would like to write a book he should let someone else write and edit it for him and then have someone else read it. Actually he shouldn't quit his day job. I know this seems harsh but the book is horrible

It is not an easy topic to digest but this author has made it so. The science of synchronicity and God Particle is presented in a convincing manner. I like the style of the narrator (Who is the writer as well) which is a conversational way If you like to know about it then you must not go anywhere, get this book and enjoy it.

Well Worth The Money

Sometimes you need to think twice before spending your savings but, this book worth my every penny indeed. I highly recommend this book and it should be purchased by everyone. I completely liked the way it was written, and the ease in which it can be understand.

Thinking the right way and presenting the truth is the key. This author did the both. This book indeed got my attention and made me really think about the God particles. I wasn't assured I would like it but I'm happy to have such a great book.

I'll listen to anything, but to say that the narration is poor doesn't even come close.

This isn't a cogent, coherent book: these are the ramblings one might expect from an inebriated drunk or someone who has taken far too many tranquilisers.

I defy you to 'last' for any longer than the five or so minutes I could tolerate.