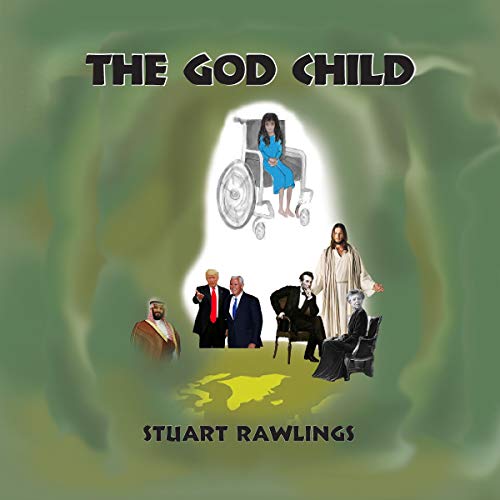 In Stuart Rawlings’ latest historical fantasy The God Child, listeners will be delighted to see many famous people from history return to today’s world. Think “Bill and Ted meets Hamilton in the Cuckoo Nest”.

Donald Trump is confronted by Jesus, then by Jefferson, Lincoln, and Eleanor Roosevelt, and, finally, by a powerful girl from another universe. Bashar al-Assad and the crown prince of Saudi Arabia are confronted by Mohammed. Myanmar’s brutal leader is challenged by Buddha, and Israel’s Netanyahu meets with Moses.

Other characters include Shakespeare, Beethoven, and Michelangelo (who return to the sites of some of their former creations), Margaret Mead and Sigmund Freud, who venture into the Amazon rainforest to study a tribe of cannibals, and Albert Einstein and H.G. Wells who visit the CERN laboratory in Geneva. Hitler’s return with his new girlfriend, Joan of Arc, to his old mountain retreat at Bergdorf is a special treat.

This political satire tale is fast-moving and fun. It’s filled with insight into today’s culture and religion and a healthy dose of Trump humor. You’re going to love it!