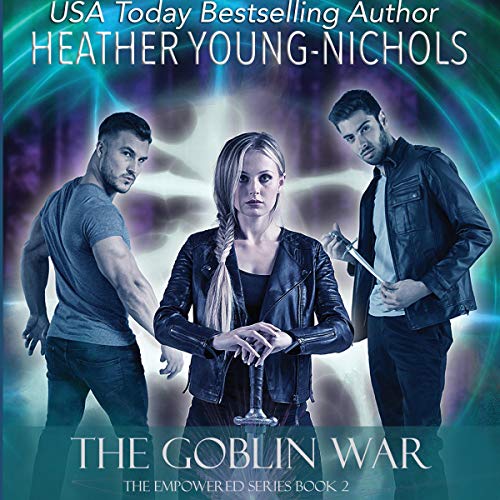 By: Heather Young-Nichols
Narrated by: Sommer Hines
Free with a 30-day trial

Captured by his own people. Sentenced to death.

When the goblin Aric Bramble is arrested for treason against his people, it’s up to Alyssum to rescue him from a dark fate. Saving him will come at a cost and Alyssum Bracken’s world shatters when they return to New York to escape. She discovered things she can’t unlearn, information that contradicts everything she believes in and turns her life into a lie. Abandoning what she’s been taught, Alyssum seeks peace, and attempts to find a way to bring the Gremalians and the Gobel together...

But ending the war isn’t Alyssum’s only concern. Earth is now starting to rebel against its magical inhabitants. Earthquakes, tsunamis, and other natural disasters plague the Gremalians and the Gobel as a result their greedy lust for copper.

Will Alyssum bring both sides together? Or is it already too late to stop the coming disaster?"

What listeners say about The Goblin War