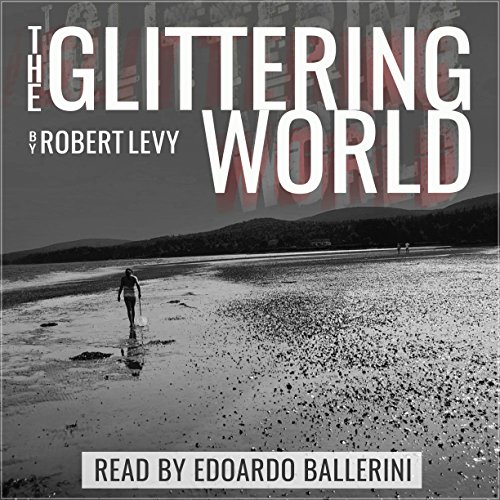 By: Robert Levy
Narrated by: Edoardo Ballerini
Try for $0.00

"As imaginative and frightening as a whole gallery of surrealist paintings come luridly to life." (John Berendt, author of Midnight in the Garden of Good and Evil)

When Michael "Blue" Whitley -- a former party boy turned up-and-coming Brooklyn chef -- returns with three friends to the remote Canadian commune of his birth, he discovers that his entire life has been a carefully orchestrated lie. He is in fact someone else altogether, a replacement for a local child who disappeared twenty-five years earlier. He is something not quite human.

Only now it's Blue's turn to vanish, leaving his friends to unravel the mystery of his abduction. Soon, psychology and skepticism collide with old-world folklore and superstition, revealing the secret history of the commune as well as that of an ancient race of beings that inhabits the hidden corners of the land.

Set among the artisans, burnouts, and New Age mystics of rural Cape Breton, The Glittering World is a dark and modern fairy tale, a novel of self-identity and supernatural suspense.

"In this supernatural thriller, Robert Levy creates a mystical, magical, haunting other world. Edoardo Ballerini provides the tense, suspenseful narration - including some commendable musical numbers - that raises goose bumps on listeners' flesh." ( AudioFile Magazine)
"As imaginative and frightening as a whole gallery of surrealist paintings come luridly to life." (John Berendt, author of Midnight in the Garden of Good and Evil)
"Well crafted and atmospheric, this will attract readers who enjoy Neil Gaiman and Mark Z. Danielewski." ( Library Journal)

What listeners say about The Glittering World

Robert Levy's first novel, The Glittering World, follows four friends north to Nova Scotia and the site of an old commune where "Blue", the centerpiece of the quartet, grew up. There, they learn Blue's youth was more than a little mysterious and that strange, ancient "others" dwell in Cape Breton as well.

The novel is told in 4 parts, each a deep dive into the psyche and experiences of one of the characters as the story moves forward. It's a languid and surreal book, the writing occasionally overwrought but sometimes quite beautiful, and it's an original take on fairy stories. Each section gets introspective so the book is ultimately about the relationships between the 4 main characters more than it is about the "others" but they are crucial to the story as well and when they get their moments, it's memorable.

Edoardo Ballerini does a fine job with the narration, as usual.

I liked parts of this book quite a bit but as a whole this book didn't work for me. It wasn't a book that I really looked forward to listening to and I found it really easy to set aside. In most cases, I would be able to listen to an audiobook of this length in about a week. This one took me about three times as long. I skipped days of listening while working on this audiobook and actually started it over several times because the story just never grabbed me.

When I first read the blurb, I was really excited to read this book. Ancient beings, modern day fairy tale...what's not to love? I did like the overall concept of the story but the way that everything came together just fell a bit flat to me. The story is told from four different perspectives. Each voices tells a section of the book and once their part is over the story moves on to another perspective. I would really start to feel comfortable with a character narrating the story and then we would move on to someone else. I think that I would have liked it better if the points of view alternated or if the story was told from just one of two points of view.

The biggest problem that I had with this book is that I found it to be less exciting than I thought it should be. I was really pretty bored for most of the story which should have never happened. I think that a lot of thought was put into every sentence in this book and I could admire how the words came together but I found myself losing the story in the words at times. I had to really force myself to focus or I would find my mind drifting away from the story.

I liked the narration of the audiobook. This was this first time that I have listened to an audiobook narrated by Edoardo Ballerini and I would definitely listen to his work again. I thought that he did a great job in demonstrating a wide range of emotions during the story. The way he delivered some of the more supernatural portions of the book really added to the overall story.

In the end this was a book with some high points that was less than satisfying for me. I do think that a lot of readers will really enjoy this story especially if they like supernatural stories featuring changelings and the fae. I wanted to fall in love with this book but it just didn't happen.

I received a copy of this book from the author for the purpose of providing an honest review.

The book starts out interesting enough but then it just gets stuck and there is really no intereting side to it, just a very banal story. if you want a good story with a similar fantasy idea try Tad Williams' War of the Flowers. This is a very weak story.

The blurb for this makes you think it's going to be a child kidnapping drama, but it's completely different. It is however, just as scary.

Blue has always had that 'wee something' that draws people to him, when his gran leaves her house to him he goes back to see it one last time...and disappears....again! Nature can be just as scary as humans, enjoy it!