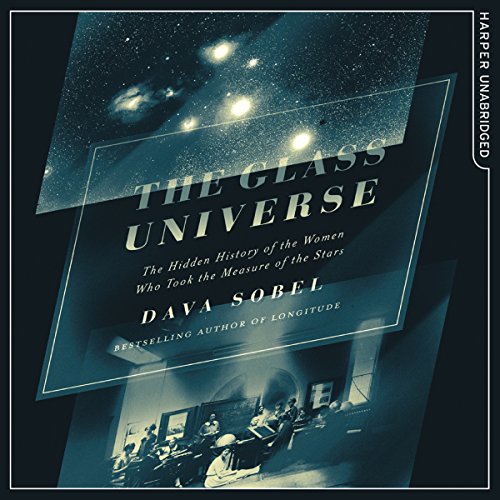 In the mid-19th century, the Harvard College Observatory began employing women as calculators, or 'human computers', to interpret the observations their male counterparts made via telescope each night. As photography transformed the practice of astronomy, the women turned to studying images of the stars captured on glass photographic plates, making extraordinary discoveries that attracted worldwide acclaim.

They helped discern what the stars were made of, divided them into meaningful categories for further research, and even found a way to measure distances across space by starlight.

Elegantly written and enriched by excerpts from letters, diaries, and memoirs, The Glass Universe is the hidden history of a group of remarkable women whose vital contributions to the burgeoning field of astronomy forever changed our understanding of the stars and our place in the universe.

"This is intellectual history at its finest. Dava Sobel is extraordinarily accomplished at uncovering the hidden stories of science and conveying complex information with ease and grace. In The Glass Universe, she brings to the foreground the glittering brilliance of five 19th century women whose work at the Harvard Observatory changed the history of astronomy." (Geraldine Brooks, Pulitzer Prize-winning novelist)
"Sensitive, exacting, and lit with the wonder of discovery." (Elizabeth Kolbert, author of The Sixth Extinction)

Praise for Dava Sobel:
"If you like your science lyrical Dava Sobel is the author for you." (Independent)
"Sobel is a stunning talent that continues to sparkle and interest us all as much as the subjects she writes about." (Guardian)
"Sobel has an extraordinary gift of making difficult ideas clear." (Daily Telegraph)
"In prose that is by turns lyrical and wry, and always filled with an infectious sense of wonder.... Sobel's enthusiasm for her subject is absolute and she succeeds in transmitting it to the reader, quite a feat when the subject matter can be so tricky to grasp." (Sunday Telegraph)
"Drawing on myth and history, astrology and science fact as well as science fiction, [Sobel] tells a story that will have you gazing up at the night skies with renewed fascination." (Daily Mail)
"Ms. Sobel is an elegant stylist, a riveting and efficient storyteller, a writer who can bring the dustiest of subjects to full-blooded life." (The New York Times)
"Sobel's writing is as bright as the sun and its thinking as star-studded as the cosmos." (The Atlanta Journal-Constitution)