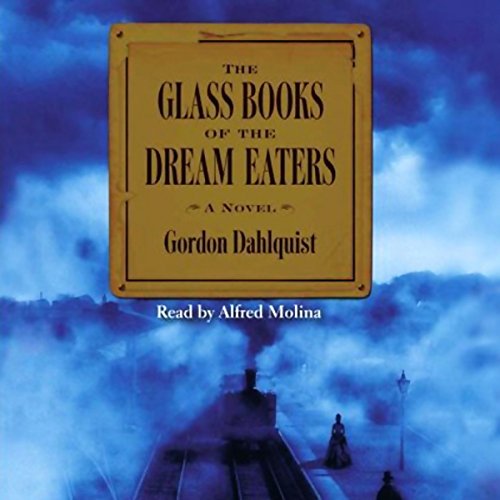 By: Gordon Dahlquist
Narrated by: Alfred Molina
Try for $0.00

It began with a simple note: a letter of rejection delivered to Miss Temple on her maid's silver tray. But for Miss Temple, her fiance's cruel rejection will ignite a harrowing quest for truth, plunging her into a mystery as dizzying as a hall of mirrors. Thus begins Gordon Dahlquist's spectacular literary debut, a novel of Victorian suspense that shatters conventions and seethes with danger and eroticism.

Miss Temple's pursuit soon leads to a remote, forbidding estate where all inhibitions are laid bare and shocking discoveries lie behind its closed doors: men and women in provocative disguise, acts of licentiousness and violence, heroism and awakening. But she will also find two allies: Cardinal Chang, a brutal assassin with the heart of a poet, and a royal doctor named Svenson, at once fumbling and heroic; both of whom, like her, lost someone at Harschmort Manor. The search for answers hurtles this unlikely trio from elegant brothels and gaslit alleyways to astonishing moments of self-discovery and ever-mounting peril. For the conspiracy they face, a perverted alchemy of science, religion, and lust for power, is terrifying beyond belief.

What listeners say about The Glass Books of the Dream Eaters

Please Note This is Abridged!

Due to the stated length of the audiobook I stupidly didn't notice that it is an abridged version - in fact I didn't realize that until it was over and I heard the credits. I have to believe this made all the difference in the world, because as I listened to it I several times thought "How can this person write such good dialog and yet have such horrible pacing/continuity?" Now I know. Ugh, I hate abridged audio.

Anyway, the writing (such as was left of it) was funny and witty in many places. ("It was too much to bear. It was certainly too much to bear in a closet.") Alfred Molina does a wonderful job reading it. The characters are interesting; however it's extremely hard to keep up with them all, given their foreign names and titles and the very choppy action.

A few people have said that this is "pornographic" and they must have some different standard of pornography than I do. Descriptions of a few sex acts, including oral sex, do occur, but they're hardly of a length or intensity as to be the focus of the scene, only used to illustrate the rest of the action in the scene.

I now feel as if I have to go and read the actual book to see what I missed, and that's an aggravating feeling after spending 12 hours listening to an audiobook.

A Casual Listen? Not Quite!

This is a complex storyline with lots of characters to keep straight. If, after reading hundreds of books, you search for writers and stories with some evidence of original thought and imagination, then you should be pleased with this selection. The book cannot be easily classified: Action-Adventure, Suspense/Mystery, and Erotica could all apply.

First of all, there is going to be sex in this book, but it is sex without use of vulgar words. While certainly not for children, I didn't get offended or put off by the presence of the sex, but intrigued at the skill of the author to include sex without getting overly dirty, if you know what I mean.

The book is simply enjoyable, gothic-style horror set into science fiction with a touch of the bizarre. If you enjoyed "The Somnambulist" by Jonathan Barnes, this book will be right up your alley, with the added bonus that this book actually explains some of what's going on, while Barnes left explanations and conclusions to the imagination of his readers.

Glass Books captured by interest and emotion. The narration was very nicely done by Mr. Molina, and the inclusion of the Germanic accent was a nice change from so many other narrators who seem to specialize in Scottish and bad Scottish.

This book was new and inventive. It seemed that often the author never quite set a full stage for the reader, leaving out some details of location or time but this was not a problem and in many cases heightened the mystery. Overall this was an outstanding book and I look forward to future works by this author.

great book like the concept and the steam punk theme. looking forward to the next one

Do Not Bother Listening

I had a great prospects for this book. From the summaries that I have read, I thought that this book would be a wonderful listen/read. I was wrong, greatly wrong. The book is all over the place. I thought that I was not paying attention as I listen, but I checked out the book from the library, and the problem was not me, it is the poor writing. In fact, I never finished the book, it was so bad. I do not recommend this book, unless you like bad writing and a jumpy storyline.

If you are looking for a pornographic novel then this might be for you. The story line is confused rather than complex, the descriptions embarrasing and the story development slightly more than a snail's pace. Based on the one good review I was looking forward to an interesting fantasy and was disappointed to discover, even after three separate attempts to listen to the audio, that this is just an awful book with no redeeming value and a lot of offensive descriptions.