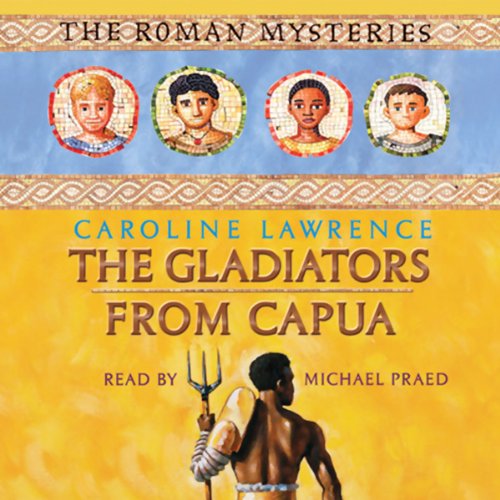 The Gladiators from Capua

The Gladiators from Capua

By: Caroline Lawrence
Narrated by: Michael Praed
Free with a 30-day trial

March, AD 80. In Rome, the Emperor Titus has announced that there will be 100 days of games to open the new Flavian amphitheatre (now known as the Colosseum).

Suspecting that their friend Jonathan is not dead, as they had thought, Flavia, Nubia, and Lupus organize an invitation to Rome on the pretense of witnessing this historic event.

Their search for Jonathan leads them straight to the games, where they must face wild beasts, criminals, conspirators, and gladiators. It's Nubia's turn to employ all of her courage and talents, and before the end of the story she is called upon to make the most terrible choice.

What listeners say about The Gladiators from Capua

We own the series. We love them all! Great group if characters, and you are enveloped into the Roman culture.

This is really good. The narrator is brilliant and the story is a positive word i cannot remember.