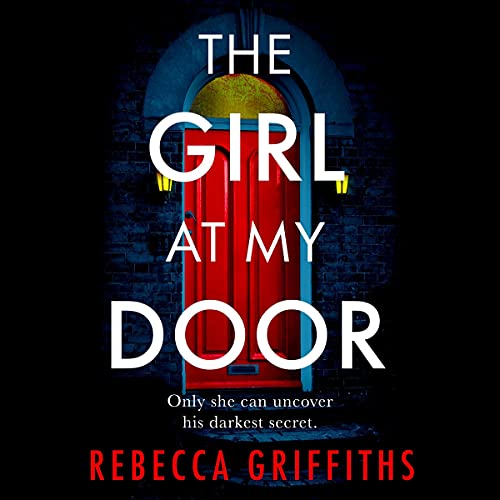 The Girl at My Door

By: Rebecca Griffiths
Narrated by: Daphne Kouma,Jonathan Keeble
Try for $0.00

The young friends were unaware of the man who had followed them through the park. With his trilby pulled down, he moved stealthily through the trees. He was careful and kept to the shadows. He worried it might not have been his wisest move to join the girl on the bench but hadn’t been able to resist seeing her sitting alone like that: She was his absolute ideal.

London, 1949: Queenie Osbourne and her best friend Joy are walking through the bustling city streets looking forward to a bright future. The two friends have a striking beauty which draws everyone to them. Queenie dreams of making her fortune as a singer in America and Joy is engaged to wealthy bachelor Charles Gilchrist.

As they prepare for the wedding, it becomes clear that there is a spark between Queenie and Charles and soon they commit the ultimate betrayal. But Queenie’s dream is shattered in an instant when she discovers she is pregnant.

With nowhere else to turn, Queenie is told about a man named John Reginald Christie. He helps women like her and will keep her secret. But as she stands on the steps outside 10 Rillington Place, she feels instantly threatened.

On the other side of the door, Reg Christie is waiting. Queenie doesn’t know that he has been watching her for a long time. To Reg, she is perfect in every way. Now, all she has to do is knock....

Inspired by the true crime story of the Rillington Place killer John Reginald Christie, this is a chilling mystery based on a fictional cast of characters. Fans of Gregg Olsen, Louise Douglas, and Jess Lourey will be hooked.

This novel was previously published as The Rope Chair.

"OMG what a reading this was, right from the very start it give me everything that I love in a historical thriller, dark, creepy and will make you stay in your seat just to read. I do have to say that this is my first time reading anything by this author and if this one is anything to go by, I'll be checking her other ones out when I can." (Spooky's Maze of Books)

What listeners say about The Girl at My Door

It's a long time since I have been so gripped by a book. I listened to the audio tape and read the book at every opportunity. The author brought her characters to life and narrators did a fabulous job of interpreting them.

I really enjoyed this story. It was well written and kept me gripped as I loved that there were familiar elements. Jonathan Keeble was brilliant as always. Daphne Kouma was great when playing the French character but generally awful as a narrator and reading most of the other characters. She over emotes everything. It was cringeworthy. I almost gave in because it became like nails on a blackboard after a while. She also emphasised the oddest words in sentences. It was almost as if she was focussing on and acting out each individual word (often inappropriately) rather than following the sense of each sentence. It was a shame because there were moments when she was quite good. Just not enough of them to make it a comfortable listen. The strong story and Jonathan Keeble made it worth while. Is definitely recommend giving it a listen.

Really enjoyed this book, all the more as its based on a true criminal

Nothing to dislike narrators both good,story line excellent,couldn’t put audio down ,had day of doing any housework worth it to listen to such a great story.

Long winded..repetitive Christie story witnessed characters and story line that doesn't work. .What a waste of my time...kept hoping would get better but it got worse....