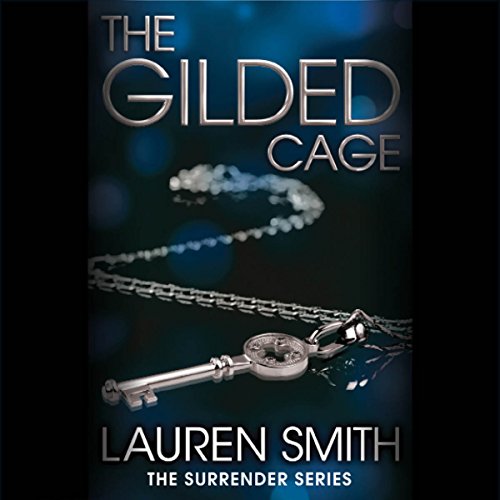 By: Lauren Smith
Narrated by: Veronica Den
Try for $0.00

Passion that takes no prisoners, and love that tests the limits of ecstasy.

Hayden Thorne knows that behind Fenn's hardened exterior is a man worth fighting for. Yet to save him from the past that still haunts him, Hayden will have to abandon every inhibition she's ever had and venture into Fenn's intoxicatingly sensual world. Each tantalizing second she spends in Fenn's searing embrace is more delicious than the last, and soon Hayden begins to think that she may never want to leave such torturous bliss.

What listeners say about The Gilded Cage

Caged by a listen

Sure enough Hayden tricks Wes( Her brother) and takes the family plane and flies to where Fern is . Fern, Emmerys twin is a bull rider and he doesn't remember anything. He doesn't remember being a billionaires son or brother. If you read the first book ( the Gilded Cuff) you will know that Emmery saved Sofie and got rid of Antonio ( their kidnapper when they were small).
Hayden shows up at the Rodeo in a short red dress. Fern is on a bull trying to win some money to save the ranch where he grew up . He needs that money but Hayden in the mini Red Dress distracts him and he falls off. Not only that she actually saves him by distracting the bull. She follows him to the Ranch where he has a trailer and Fern opens the door and just pins her. He has natural Dom feelings for Fern and Fern has tried the Cuff( the BSMN club ) as a sub . But no Dom has made her feel comfortable and secure in her being a sub, she actually mouths off to them.
When Fern has her Pinned , Wes ( Haydens brother and Ferns and Emerys childhood friend) finds both of them together and the 2 boys go at it.. Fast forward a bit there is an accident on the mountain slops that the assassin tried to kill Fern and Hayden , there is another one at the Ranch,. Fern goes back to Long Island and meets his family.

Extremely unfulfilling and predictable. Might have been better if someone worthwhile had been killed off.

Where does The Gilded Cage rank among all the audiobooks you’ve listened to so far?

What was one of the most memorable moments of The Gilded Cage?

that way finn and emmery could feel everything between them