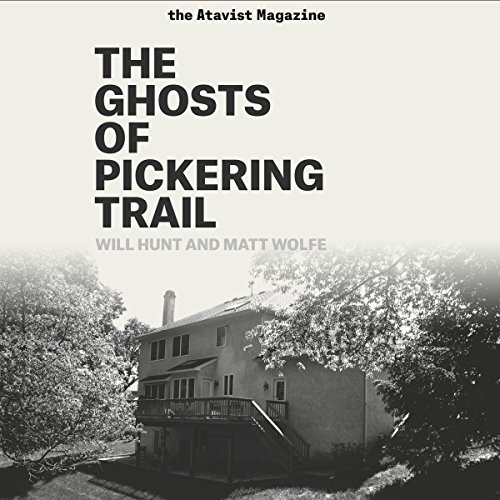 The Ghosts of Pickering Trail

The Ghosts of Pickering Trail

When Frank Milliken died in his home, his wife Janet and their two children couldn't bear to live among reminders of him. They left their home in California and moved to Pennsylvania to start over in new surroundings. The house they bought, an airy colonial on a quiet street, seemed idyllic. But once they moved in, things started to go wrong. Odd sounds, strange sensations, whispers from the neighbors; the Millikens began to suspect that their ghosts had followed them across the country.

When they discovered that their house had a dark history, they went to court to battle the sellers and found themselves entangled in a drawn-out legal battle. At its core, lay an issue more suited to priests than to lawyers: how to define our relationship to the dead.

"The Ghosts of Pickering Trail" is an intimate chronicle of the Millikens' harrowing attempt to escape the memories of a home and how we put a price on death and loss. Writers Will Hunt and Matt Wolfe offer a gripping portrait of a family ravaged by grief and driven to the edge by experiences that defy explanation.

What listeners say about The Ghosts of Pickering Trail